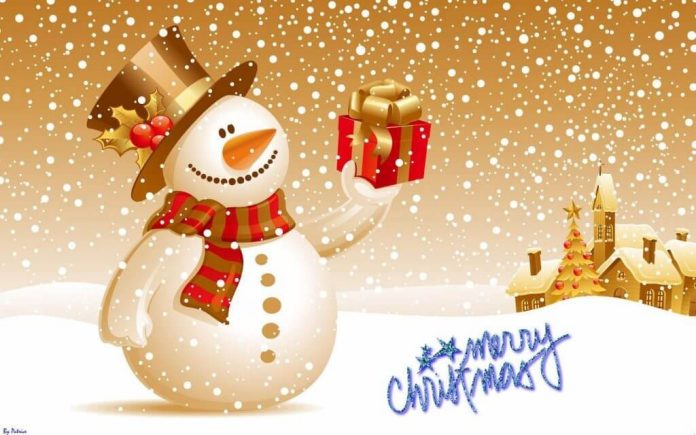 With 2019 approaching our doors the remaining days of 2018 is celebrating the last grand celebration of this year in form of Christmas. A day to fulfill all your secret, dear and near secrets from Santa Clause. This year is neither good or bad for the television fraternity through the small-medium experimented enough with its concepts. But somehow the state of the content and shows of ITV is not that worth appreciating. So on the occasion of Christmas let’s ask from Santa on behalf of all TV stars who time and again ask for these things from people.

The often TV stans complaint from the makers and the channel is about storylines or scripting. It came to our notice that fans of almost all shows complained that the storyline is going in the exact opposite way from what they want. Often we see that stories started with a motive or aim suddenly turn into supernatural stuff. Be it comedy, thriller, romantic or any genre somehow a chudail or a none existent mammal species have to enter the story. On the other hand, some GECs are there who time and again interfere in their show’s storyline and as a result, the free flow of storytelling got lost in between somewhere. So here we request to Santa please bless us with meaningful and free flow of content in the TV world.

Switching on television can give us anything but entertainment. Ending of 2018 and entering 2019 is happening with Vishkanyas, Nagin’s, black magic, Dayan, spirit, but and all possible thing we shrug off to think about in our daily lives. Like we are standing in 21st century and apparently going to stone ages thanks to Indian TV. Switching on the tv can make us see and believe may be somewhere in this universe a girl can exist who has venom inside her and can transform herself in a Snake. Wow, such creativity!! Isn’t it? Another addition is there can be a good looking girl who eats up people’s youth and live for decades this they are Dayans!!! really? India is a beautiful country with so many aspects which can contribute beautifully in forming a story. Santa we need a mind and vision to look for such stories to run on our small screens.

India is the second largest populated country in the world. So the thirty thousand meters randomly fitted into the various selective TV sets. As a result, many times those meters are deciding for millions of people what to watch and what not on TV. For lack of TRP, we do loss shows which are high on content and can serve us the audience better. If we can like and make Netflix popular for content galore why tv makers are so afraid to provide us content over TRP masala stuff. It’s high time the process of deciding what audience want to see revised.

The Indian TV is blessed with talented and beautiful actors. Hence when two good actors come together for a project then their chemistry sets the screen on fire. There will be no need to mention how much some television reel couples are wanted and still loved by the audience even after their show bid us goodbye some years ago. Karan-Nandini (Kyunki Saas Bhi Kabhi Bahu Thi) Kumkum-Sumit (Kumkum) Sujal-Kasish(Kahin to hoga) Neev-Prachi(Kayamath) Prem-Heer(Kis Desh Main He Mera Dil) Arjun-Arohi( Kitni Mohabbat He) are some name from the treasure ITV has in form of couples. So why not repeating jodis and make the sure audience watch your show instead of experimenting and not repeating jodis which audience demand day and night?

Indian dramas, unlike foreign countries, go on for eternity. It seems like there is no end to the whole story. Even Shakespear used to conclude their thoughts at a point, but TV folks seem to be breakless. This very much tendency many time make the audience feel detached with the story and characters after a point. I mean how long one can drag a story with no changes. And freshness in ITV is equivalent to leap or separation track or memory loss or misunderstanding over a silly topic. Why make a character do stupid stuff just for the sake of dragfest. Instead, break it in seasons and comes up with finite series. That will not only keep the essence of the story intact but poor characters will be saved from unnecessary butchering.

Well on the occasion of  Christmas we will surely like to hand over the list to Santa so that 2019 can bring some changes for us. Santa are you listening to us?