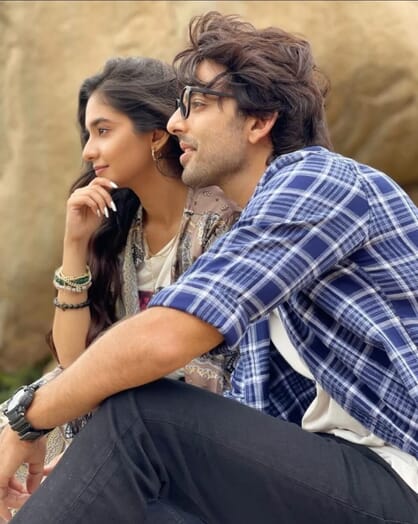 Thapki Pyaar Ki 2 actor Aakash Ahuja says superstar Shah Rukh Khan is one of his inspirations. When it comes to acting, he looks up to SRK. “One name which will always be constant is Shah Rukh Khan. The first film which I saw was Dilwale Dulhaniya Le Jayenge. Then there is Neeraj Kabi whom I have met in the initial years and also trained under him. I will be ever grateful to him,” said the actor. He adds, “SRK is a complete package. I admire him. I have watched al lhis films.

Ever since he became an actor, he could not think of any other profession but acting. “But yes, if not acting I would have been a musician or a Karate teacher. These two are my hobbies and have played a huge role in my career,” said the Qubool Hai actor.
Out of destiny, luck and hard work, he feels that hard work played a major role in his career. “I would say hard work because it can make you sustain in your career. Destiny and luck can give you highs and lows in life,” said Aakash.

When he doesn’t face the camera, he plays a guitar or just looks out of his window. “Being surrounded by animals is also my favourite me time, else I go for a long run,” he said.
On where he sees himself in 10 years, he shared, “I want to see myself as a better human being and a better performer.”