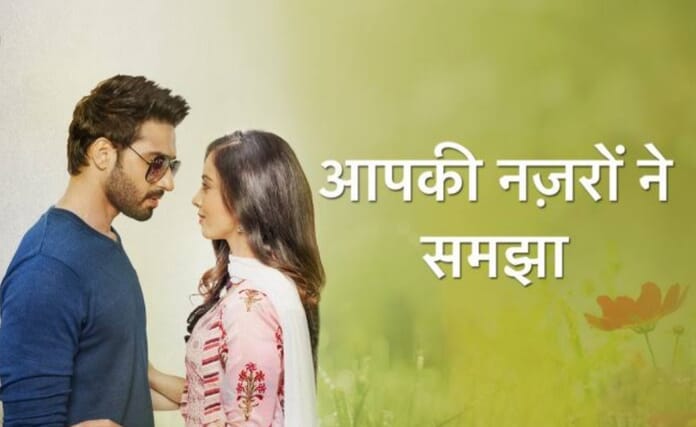 This week Rawals gets shocked learning about Nandini’s medical reports, that she couldn’t able to be a mother. She also gets shattered and confronts Darsh for hiding about it. He consoles her and ask her to be strong. He states that he understands her pain but insists her not to let it effect her badly, as miracles do happens. He comforts her saying that they both are enough for each other and doesn’t need anyone else in their life.

Here, Rajvi gets angry on God for snatching Darsh and Nandini’s happiness. Vipul tries to make her calm stating that their childrens are strong enough to face the situation, while she reminds him about Chetan and Parul.

Darsh goes inside his room to console Nandini. He tries to comfort her, while she remembers his words and smiles. She states that she also believes in miracles and says that one day they will also have their own kid. They both remembers the moment when they met and becomes close to one another.

Elsewhere, Vini also lightens Darsh and Nandini’s mood with her cute talks. Meanwhile, Charmi smirks remembering her ploy and feels satisfied that Nandini can’t conceive. Shobhit informs her about registering their marriage, while she shouts at him for doing so. He declares that she is changed and tells her that she is free to go, but he won’t let her take his child.
Vini hears their conversation and thinks that Charmi is bad.

Rajvi and Vipul gets shocked seeing the picture and reveals that it’s Toral, who used to be Darsh’s caretaker. Meanwhile, Darsh takes Nandini to the office. Vipul scolds Rajvi for being careless in Toral’s matter and states that they can’t let their kids know about her.

Ahead, Darsh gets romantic with Nandini inside their cabin, while she remembers her reports but somehow controls her emotions. Whereas, Vipul shares his worry regarding Toral with Chetan. They goes to see her and gets shocked finding her not in the asylum.

Charmi internationally talks about her pregnancy in front of Nandini. She says that Mrs. Patel have given her offer of photoshoot and ask Nandini to accompany her. Nandini agrees reluctantly while Charmi makes her do all the work. She even taunts her along with Mrs. Patel. Nandini cries and goes inside while Vini witnesses the incident.

Further, Darsh comforts Nandini. At that time the photographer says that he will take Nandini’s pictures also as she is the one who adopted a girl. He praises her and states that Vini notify them about it. Nandini goes to photoshoot along with Darsh and Vini, while Charmi gets jealous. She shares her insecurities with Mrs. Patel and states that she wants to throw Nandini out of the house, while latter agrees to help her and declares to destroy Rawals image.

Vipul notify Rajvi about Toral’s missing, making her shocked. She gets worried while Vipul handles the situation. Meanwhile, Nandini talks to Bansuri, who ask her to do the Puja on her own in order to get blessings from the God. She shares it with Rajvi, while she ask bith Nandini and Charmi to do the Puja.

Here, Charmi ask Nandini to give her room. She makes some excuses of having problem in stepping the stairs being pregnant and ask for Nandini’s room. Nandini couldn’t able to deny and shares it with Darsh, who scolds her for agreeing to Charmi’s demand. At that time Shobhit calls and informs that he have arranged some other room for Charmi and ask them to relax.

Charmi shouts at Shobhit for changing her room and determines to stay in Darsh’s room only. He explain the matter to her and goes away. Parul comes there and gives Uptan to Charmi stating that she have to apply it before starting the Puja. She smirks seeing Nandini’s Uptan and mixes something inside it.

Later, Vini exchanged Charmi and Nandini’s bowl, while Charmi applies the spiked Uptan and starts feelings burning sensation. Whereas, Darsh and Nandini falls into the swimming pool and gets romantic.

Nandini goes inside the jungle to collect clay for God’s idol. She sees a women in shabby apperance and feels bad for her state. The women starts crying for help seeing Nandini, while latter makes her calm. But, soon the women runs away from there.

Rajvi keeps worrying about her family and thinks that something bad is about to come. Charmi couldn’t able to go to collect clay as she got allergies due to her own spiked Uptan. Meanwhile, Vipul consoles Rajvi and goes to find Toral.

Nandini makes a beautiful idol, while Charmi steals and hide it. Nandini gets worried on not finding it, while Darsh helps her to make a new one. They both gets close to one another while making it. Whereas, Charmi gets shocked seeing Nandini’s new idol. After the Puja, Nandini along with Darsh and Vini goes to distribute clothes to the Poors.

Elsewhere,Rajvi shares her tension with Vipul and Keshav. They ask her to relax, while she states that she is getting negative vibes. Meanwhile, Nandini comes face to face with Toral and cleans her face. She recognises her to be Darsh’s caretaker Toral and notify about her to Darsh. She calms her and suggests Darsh tk take her home. They feels pity for her and brings her inside the Rawals house.

Rajvi and others gets shocked seeing Toral. Meanwhile, latter gets dizzy facing Rajvi. Doctor checks Toral and informs that she is weak. Charmi notices Rajvi being tensed and shares the matter with Mrs. Patel, while she decides to use her magazine to trouble the Rawals.

Nandini takes care of Toral, while latter goes towards Vipul and takes his name. He gets shocked while Nandini encourages her to tell about her family. At that time Rajvi secretly plays train soundtrack on her phone, which triggers Toral and she runs away from there. Rajvi and Vipul decides to send Toral away before she gets her memory back.

Ahead, Nandini follows Toral, while latter pushes Charmi making her fall from the stairs. But, Shobhit saves her in nick of time. Nandini somehow comforts Toral, whereas Charmi shouts at Nandini for bringing Toral inside the house and ask to send her away. Rajvi agrees with Charmi. Meanwhile, Charmi keeps scolding and taunting Nandini as she can’t conceive. Darsh and Rajvi gets furious and rebukes Charmi for her behaviour.

Vini cheers up Nandini, while Rajvi and Vipul suggest to send Toral to the mental asylum. Nandini tells that Toral is regaining her memory, which scared Rajvi. Later, Nandini sees some markings on Toral’s saree and decides to find about the institute where Toral used to stay, in order tk find about her family.

Now in the upcoming episode, Toral will perform Aarti in front of God’s idol. Her plate will catches fire, while everyone will gets worried. They will try to stop her, while Rajvi will go near her to stop. Whereas, Darsh will get worried seeing her saree near the fire. Lot more drama and twists to come in “Aapki Nazron Ne Samjha,” don’t miss watching the show.