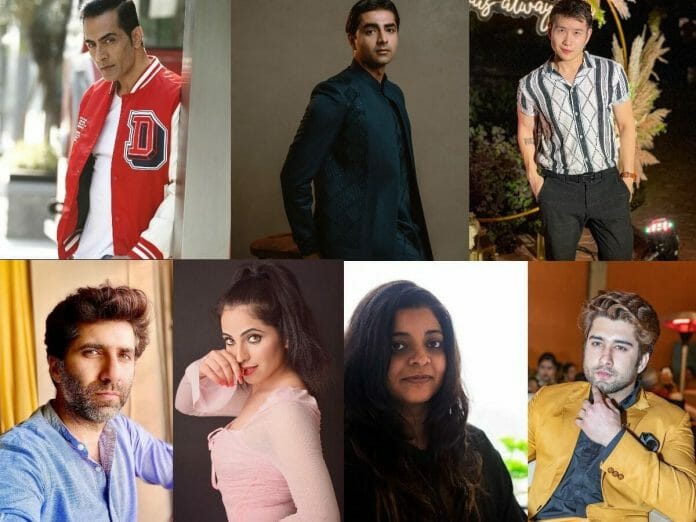 Mumbai’s motto has always been ‘Chalta Hai’ and so far it was working just fine, or so we thought! People are considered to be less picky here and more welcoming. However, there are many things in Mumbai where this ‘Chalta hai’ phenomenon is not working anymore!

Sudhanshu Pandey
I love Mumbai city and this is where I’ve lived for over 25 years now, which is more than half my life. So, this is where I belong, technically my kids are born here. Everything that emotionally connects, connects me to this city. Mumbai is considered to be the commercial capital of the world and the richest people live in this city.

It has one of the most expensive houses in the world. But all of that goes absolutely down the drain because this city is really collapsing in terms of infrastructure. The main lifeline of a city is its roads, and the smaller the arterial roads and small streets. Every single road corner crossroad is full of potholes, and it is getting worse. It is getting worse every single year.

Governments have come and governments have gone but still nobody is actually doing something for a permanent solution to make the city breathe, because every single day you go on the roads the traffic is killing! People don’t get time, people don’t reach their jobs on time. People get fired from their jobs because of this whole thing.

There is road rage that is happening. There is so much Metro work going on but that Metro work is only making things worse because the government blocks the roads without making any alternate arrangements for the traffic to move. And everything is left to the people. It is very unfortunate. And it would be unfair to say that the cops are not doing anything or the traffic police don’t do anything because they can also only do as much as they are already doing.

You have left the citizens with no choice but to choke up and keep dying a slow death. That is what the city is coming to now and it’s very unfortunate. I’m sure you can feel the anger in my words but that is a fact.

Nivedita Basu
The worst thing about Mumbai is its infrastructure. We’ve all come from small towns to earn a living here, workwise there cannot be a better place than Mumbai in India. It ranks on top in the world but in terms of infrastructure, it sucks. The travel time during monsoon, drainage system, and construction which is unending. Also, the pothole situation has been sorted out.

Jason Tham
Mumbai is the city of dreams and I think that notion is what brings about the chalta hai attitude. The fact that we live in the magnum city is enough for most of us. The potholes have always been a big issue for over many years, though every year there would be a sorry attempt at fixing the road, they never seemed to last even a season. I personally have been facing major annoyance with the condition of our roads. There are potholes bigger than most people’s cars, leading to an increase in traffic and road accidents. This is one thing I believe should be taken up seriously with the authorities as ‘ab yeh nahi chalega’

Sumit Kaul
Despite the highest tax collections, Mumbai has consistently been treated poorly by its elected representatives. With unending traffic woes and terrible roads, the apathy of the political class has tested the patience of Mumbaikars to the hilt. It’s claimed that we have one of the world’s most corrupt municipal corporations. I’m not sure how true that is but with the conditions we have, it’s not difficult to believe. As someone who was born and brought up here, I have never imagined a life outside of Mumbai, but in the last couple of years, I have given it some consideration.

Anupama Solanki
We should plant more trees as we hardly see greenery on the road. The city is going vertically but traffic, pollution and population are increasing day by day, all these issues need to be addressed.

Shehzad Shaikh
Construction is happening all over the city, even on roads. The work keeps going throughout the year which leads to massive traffic jams and increases our travel time from one place to another. Bad roads and traffic is a big issue and need to be addressed at the earliest. ‘We assume traffic to milega hi!’ And that makes things more complicated.

Shaan Mishra
In Mumbai Chalta Hai attitude exists for many things including traffic and pollution. The air is polluted and still a lot of people don’t get their car PUC checked timely. There should be strict checking and also there are very less plants and trees compared to other cities. This needs to be addressed for better quality of air.