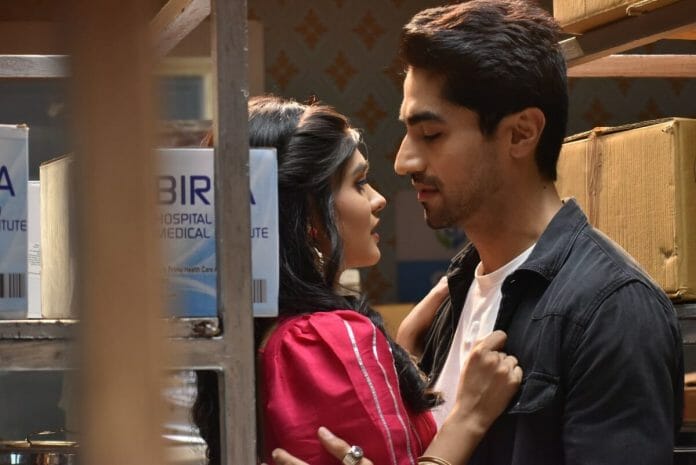 Here we are back with the weekly highlight of your favorite daily Yeh Rishta Kya Kehlata Hai. This week started with Akshara joining Charitable hospital. Abhimanyu gets furious learning patients are treated badly at the hospital. Akshara and Abhimanyu talks with each other and former asks him not to interfere at her workplace until she calls him out. Abhimanyu understands Akshara. Eslewhere, Goenka’s plan for Arohi’s wedding. Arohi gets frustrated. Kairav support Arohi and gives her right to choose a groom for himself. Here, Parth decide to join Akshara’s hospital and live her dream.

Drama intensified when Manjari learn that about DNA testing at Birla Hospital. She tries to hide the big truth from everyone. Towards the end of the week; Arohi tells to Akshara that Neil is Harsh’s illegitimate child. Akshara confront Manjari about the same. Manjari asks Akshara to hide the truth. In the meantime Harsh welcome guests on the occasion of Birla hospital founders day. Harsh addresses the staff and recalls 35 years history of the hospital. He praises Abhimanyu in his speech. Akshara sees Neel and gets emotional. Manjiri looks at Akshara. Arohi keeps the file near Akshara. Akshara takes think file was with Arohi. She tries to hide the file. Arohi think she knows Akshara well thus she shared the Neel’s secret with her. Abhimanyu think he is late and gears up to join the celebration. Arohi manipulates Neel. She asks him to take the file from Akshara as Harsh needs it. Neel asks Arohi why she is not taking the file by herself. Arohi says her leg is paining. Neel gets convinced.

Neel goes to bring the file. Akshara tries to hide the file. Neel takes the file from Akshara. Arohi bumps into Neel intentionally. Neel collects the papers. Akshara tries to reveal to Abhimanyu the truth. She gets a panic attack. Abhimanyu tries to calm Akshara and asks why she is restless. Rohan asks Abhimanyu to address the crowd as everyone is waiting for him. Abhimanyu decide to listen to Akshara. Rohan insists Abhimanyu to wait until Akshara finishes her talk. Rohan asks Akshara to wait. In the meantime, Neel learns the truth. Harsh taunts Neel about being an orphan. Neel asks Harsh not to call him an orphan as he isn’t a one. He asks everyone out here to listen that he is not an orphan.

Media tries to cover the news. Shefali asks her colleagues not to capture the news. Abhimanyu asks Neel what has happened. Neel asks Abhimanyu to tell Harsh that he is not an orphan. He gives a paper to Abhimanyu. Manjiri misunderstand Akshara. She falls unconscious. Media tries to cover the news, Manish asks journalist to go. Vansh takes Neel with him. Neel gets teary. Akshara worries. Arohi smirks seeing the drama.

Abhimanyu worries for Manjiri. Manjiri accuse Akshara for breaking the news. Abhimanyu finds the DNA report. Rohan interrupts and Abhimanyu fail to see the report. Goenka’s worry for Akshara. Vansh says Neel is full of life but what has happened to him suddenly. Arohi sings a song and smirks.

Akshara tries to talk with Abhimanyu. Abhimanyu sends Akshara home with Parth and Shefali. Harsh gets furious on Neel for doing the drama. He decides to confront him. Anand and Mahima tries to calm Harsh. Later, Abhimanyu reads the DNA report and learns that Neel is Harsh’s illegitimate child.

In the upcoming episode, shattered Neel will walk down the road and will go missing. Abhimanyu will look for Neel. He will accuse Akshara for the mess. How Akshara proves her innocence will be interesting to watch.