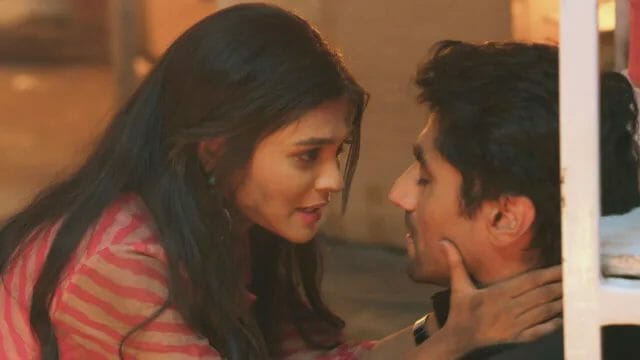 Drama to galore in Yeh Rishta Kya Kehlata Hai with Abhimanyu and Akshara getting stuck in a fire.

In today’s episode, Akshara finds Abhimanyu sleeping and gets smitten. She put cover on Abhimanyu and adores him. She clicks pictures with sleeping Abhimanyu and recalls her moments with him. Rohan tells to Akshara that her patient is waiting for her. Akshara says early morning who visited her. Rohan says that her patient seems psycho. Akshara asks Rohan not to say like that.

Akshara visit Sanjay. Abhimanyu think Akshara didn’t visit him yet. Sanjay talks weirdly with Akshara. Akshara asks Sanjay who recommended him to visit her. Sanjay says his friend. He adds post she left him he feels lonely. Sanjay asks Akshara to come along as he needs her. Akshara asks Sanjay to look for some psychologist. Sanjay grabs Akshara’s hand and tries to harass her. Abhimanyu comes for Akshara’s rescue. He asks guards to take Sanjay. Abhimanyu gives warming to Sanjay and leave him. He asks him not to show his face again in the hospital.

Abhimanyu and Akshara decide to complete their talk.

Sanjay manage to enter the Birla hospital again. He decides to avenge Abhimanyu for challenging him. He takes the sharp blade and looks for Abhimanyu. Abhimanyu and Akshara try to get closer to each other. Sanjay sees Abhira. Abhimanyu senses Sanjay’s presence and protects Akshara. Sanjay runs. Abhimanyu chases Sanjay. He stops Akshara from following him. Akshara regrets calling Abhimanyu to the place.