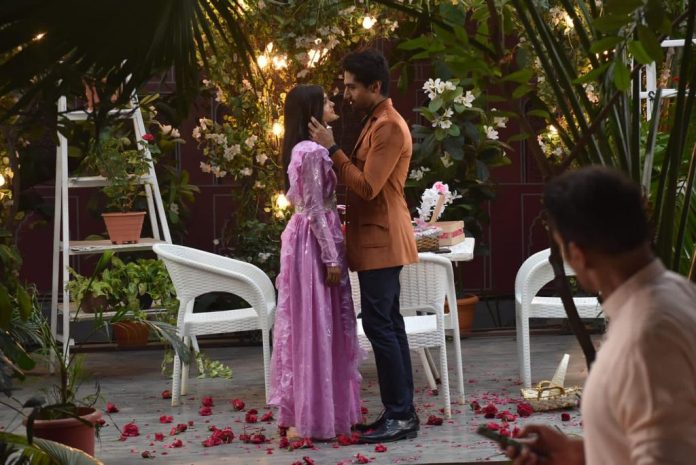 High voltage drama in Yeh Rishta Kya Kehlata Hai. Abhimanyu will get angry on Akshara for planning anniversary surprise. Harsh will threaten Manjiri for not stopping Akshara from throwing a party. Akshara will inform Abhimanyu that Goenka’s want to take her along for pagphera. Abhimanyu will ask Akshara to leave the place. Elsewhere Rudra will wait for Arohi. He will learn that Akshara is Arohi’s sister. Will Rudra plan avenge for Abhimanyu as latter alert him? Will Rudra harm Akshara? Time will tell. Keep watching the show.

Elsewhere Harsh says to Anand and Manhima that he can’t believe on the name of conference, Abhimanyu has planned his honeymoon. Mahima says Abhimanyu is professional and don’t know what is wrong. Harsh says Akshara’s fever. Akshara cleans picture of Harsh and Manjiri’s wedding. Manjiri sees Akshara and asks where she found the photo. Akshara told her from the store room. She asks Manjiri to do that party. Manjiri says she always wanted but none at the house has a time to celebrate birthdays or anniversary. Akshara feels bad for Manjiri and hides about the surprise party. She insists Manjiri to get decked up for her happiness. Later, Goenka’s surprises Birla’s.