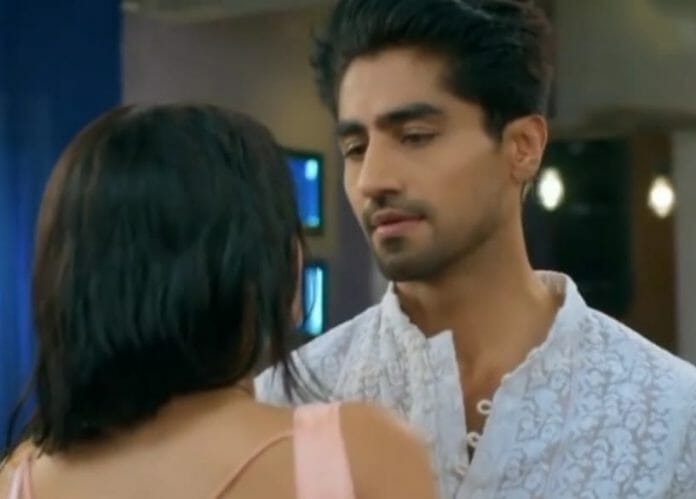 In today’s episode, Anand talk with Harsh and says Mahima wish to keep the new department name after her mother. Harsh gets shocked. Anand says the land is gifted by their father. Harsh says but he established the hospital. Abhimanyu asks Harsh for calling him. Harsh asks Abhimanyu why he is always in a taunt mode. He asks if he disturbed his musical night. Abhimanyu asks the reason for calling him. Harsh asks if he remember about Birla hospital foundation day. Abhimanyu says Birla hospital is equally important for him. Anand and Harsh decide to visit the hospital at night to see the arrangements. They ask Abhimanyu to come along. Akshara signals Abhimanyu to go.

Abhimanyu prays on the occasion of founder’s day. He prays to God and says why he is getting restless as something bad is going to happen. Abhimanyu asks God to take care of Birla hospital, Manjiri and Akshara. Anand, Harsh and Mahima get excited for foundation day.

Later Akshara sees the restless face of Manjari and Harsh when Abhimanyu read Dr. Avni’s name from the guest list. Manjari excuses herself. She gets restless thinking about her past. Akshara confront Manjari about her worry. Manjari hide the truth from Akshara. She says that she can’t share her worry with anyone. Akshara think what is making Manjari restless. She adds after learning about DNA testing Manjari got restless. Akshara worry for Manjari.

In the upcoming episode, Arohi will inform Akshara that as per DNA report, Abhimanyu is Harsh’s illegitimate child. Akshara will be stunned. Will DNA truth will separate Abhimanyu and Akshara? Keep watching the show to know more.