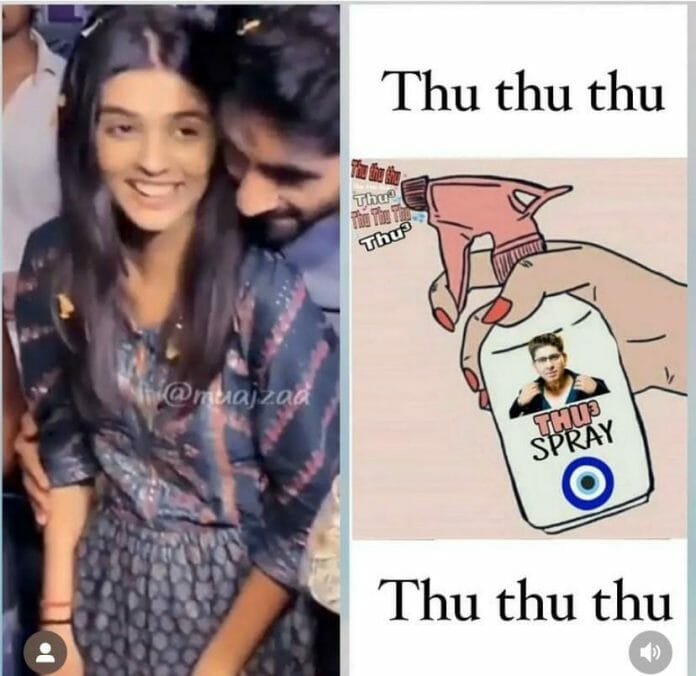 Producer Rajan Shahi needs no introduction. He has been a director-producer in the industry for long and have produced shows like Bidaai, Ye Risthe Hai Pyaar Ke, Kuch To Log Kahenge, Yeh Rishta Kya Kehlata Hai and Anupama. The family of Director’s Kut has a tradition – whenever something new or good is happening, they always say Thu Thu Thu. These 3 words are used to ward off the evil eye. All actors, technicians and directors know this tradition.

Recently a meme was noticed in which we can see Thu Thu Thu written beside a symbol of nazar along with the picture of Rajan Shahi. So when we are getting affected by a nazar we know what we need to spray. Indeed a unique business idea.

All the shows use Thu Thu Thu in scenes relevantly and audiences have noticed it too. Anupama used it recently when she saw Kinjal’s Baby.

Also Rajan Shahi’s YRKKH is the longest running show now and the lead Harshad Chopda and Pranali Rathod’s popularity has gone to a different level. The chemistry of the lead, the screenplay, dialogues all are excellent and audiences are extremely happy with the outcome. The show has recently taken a leap. The show is getting quite interesting with each passing episode.