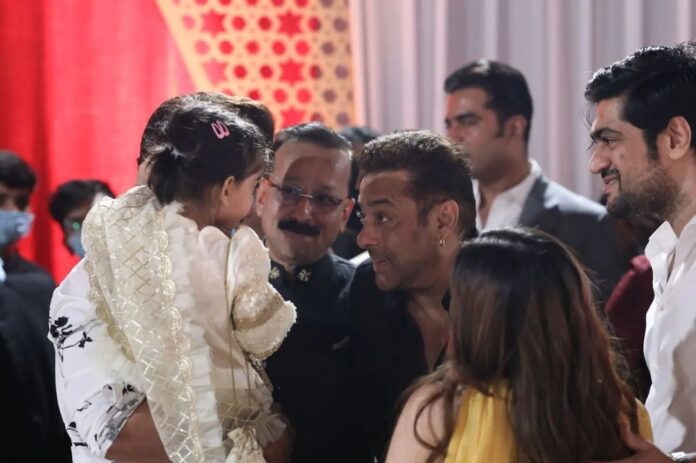 Actor Jay Bhanushali and Tara’s father and daughter duo has been winning the hearts of the people. Tara’s has been winning people’s hearts over the period of time with her cute and loveable gestures.

The latest pictures of her with actor Salman Khan is the most adorable thing that you will be seeing today. Recently, celebs from the BTown and television met for a party. While actors attended with full energy, there were some who made sure to enlighten the event. Grabbing everyone’s eyeball and attention was the adorable pair of Bollywood’s superstar Salman Khan and Tara Jay Bhanushali.

Jay uploaded the pictures on Instagram which had both Tara and Salman Khan in one frame with Jay holding her. The photo showcases actor Salman Khan making Tara laugh. and captioned them as, ‘9 photos and you will just find love in all.’

Jay who is currently hosting DID little master was one of the contestant in Bigg Boss season 15. The show which is hosted by Salman Khan had Tejasswi Prakash win the season. Jay post his eviction made sure to spend some quality time alone with his family along with his daughter Tara and wife Mahi Vij.

With offers, flourishing in for Jay he has always made sure to keep in check and cherish moments with her daughter who is emerging as the internet sensation in a short span of time!