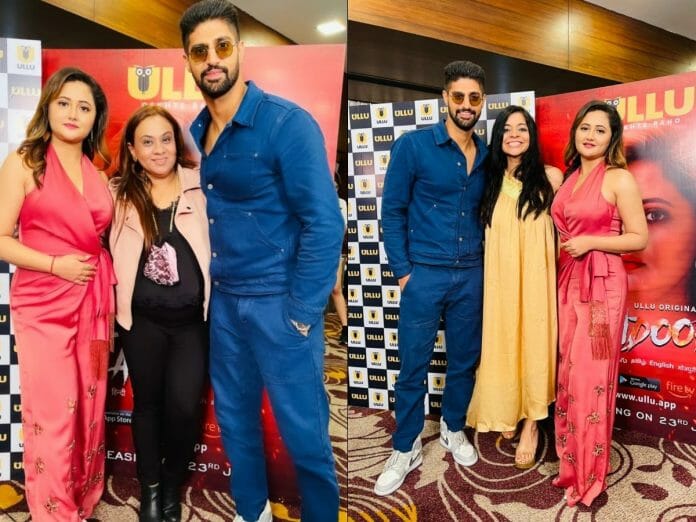 Rashami Desai and Tanuj Virwani starrer Tandoor has released on Ullu. Directed by Nivedita Basu the series has got an overwhelmingly positive response on the trailer and the music. Tanuj and Nivedita have come a long way since their beginnings.
Speaking about his friendship with Nivedita Tanuj says,”Nivi and I know each other for a long time. When I first stepped in the industry to work she was the one who actually gave me a lot of good advice. Over the years we kept in touch. Last March we discussed a bit about Tandoor and when we were thinking of doing this together, the lockdown happened and everything was shut down. once things started opening up we started filming. Tandoor was a different experience for me. I guess I was not a logical choice for the role. But it was Nivedita who had the trust in me. I could take this risk of doing Tandoor because of her. She is also someone who gives her actor a lot of freedom.”

Speaking about his producer Chitra Vakil Sharma he says,“Chitra and I did not know each other before we collaborated for Tandoor. But we gelled very well. She is also staring off as a producer in the webspace and was very excited about the project. I always believe any kind of film or webseries have two reasons to be made – the sheer entertainment factor and the second one is a story which you want to tell in a meaningful way. And Tandoor is loosely based in true event so there is a certain sense of responsibility and Chitra has handled the project in a very good way. It is not easy to pull a series like that in the middle of pandemic and that too in a city like Mumbai which was a hotspot for the virus last year. Very commendable of Chitra.”