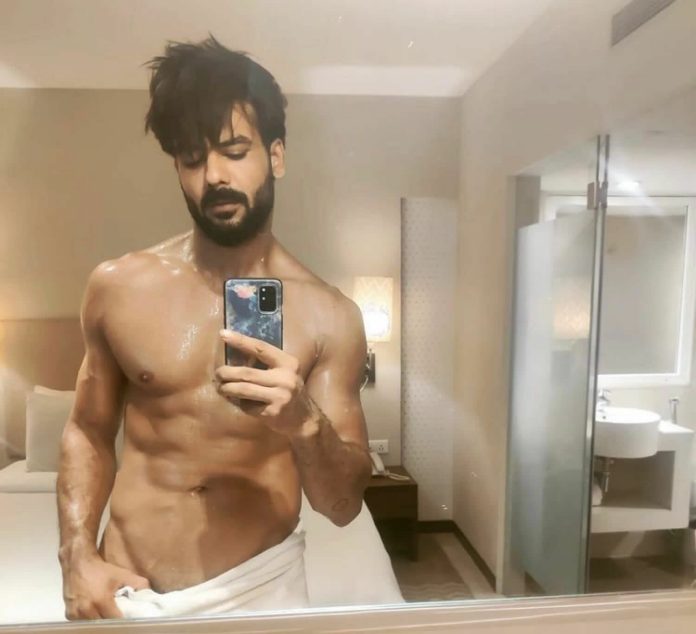 Actor Vishal Aditya Singh, who made headlines by dropping the first poster of his upcoming mythological show ‘Parshuram’ has made netizens go head over heels by sharing a picture of his chiseled bare body look which turned heads and how!

The actor was seen sharing a post where in he is posing in front of the mirror taking a selfie in a towel with a caption stating, “need some more”. This lit the Internet and the actor was showered by appreciation comments.

A revelation which will surprise the fans about the actors workout regime is that Vishal, did not hit the gym since a year and was following a strict diet and home workout regime in order to gain the oh so happening physique. The actor also stopped eating non veg and managed to gain the jaw dropping abs just by following a strict diet and home workout, without hitting the gym for a long time.

Well! This has surely impressed the fans giving major motivation goals. On work front Vishal will soon be seen playing lord Parshuram on screens and has a number of projects in the pipeline.