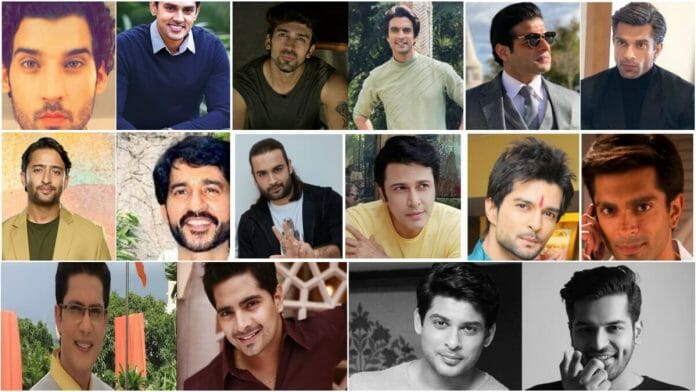 This happened recently, actor Gashmeer Mahajani who played the character of ‘Aditya’ in the show Imlie got replaced by the makers. The reason for his exit is unknown. To step into his shoe Ishq Mein Marjawan fame ‘Manasvi Vashist’ entered the show as ‘Aditya’.

Manasvi is getting fans attention. Show also features Fahmaan Khan and Sumbul Toqeer in the lead.

Actor Shaheer Sheikh replaced Hiten Tejawani as ‘Manav’ in beloved series ‘Pavitra Rishta’. His performance as ‘Manav’ earned him outstanding response from the audience. Sheikh simply slayed as Manav in the show . He was paired opposite to Ankit Lokhande. Diva equally rocked.

Actor Harsh who was seen in the character of Anant in Saath Nibhana Saathiya 2 marked his exit from the show. The reason for his exit is still unknown. Gautam Vig enters as the new male lead. He is playing the character of Kabir. Harsh will return back, well time will only tell. Show features Sneha Jain as female lead.

Karan Mehra used to play the character of Naitik in the first generation of famous show ‘Yeh Rishta Kya Kehlata Hai’. Actor Vishal Singh replaced him later in the show.

In the famous show ‘Qubool Hai’ actor Karan Singh Grover was replaced by Raqesh Bapat opposite to Surbhi Jyoti.

Singh was replaced yet again in Kasauti Zindagi Kay. He aced the role of Mr. Bajaj. Later, he walked out from the show because of hit other commitments. Karan Patel stepped into the shoe of Bajaj.

Vivian was replaced by Cezaane Khan in the popular show ‘Shakti Astitva Ke Ehsaas Ki’ as Harman. Show ended with Khan playing the role of Harman Singh in the series.