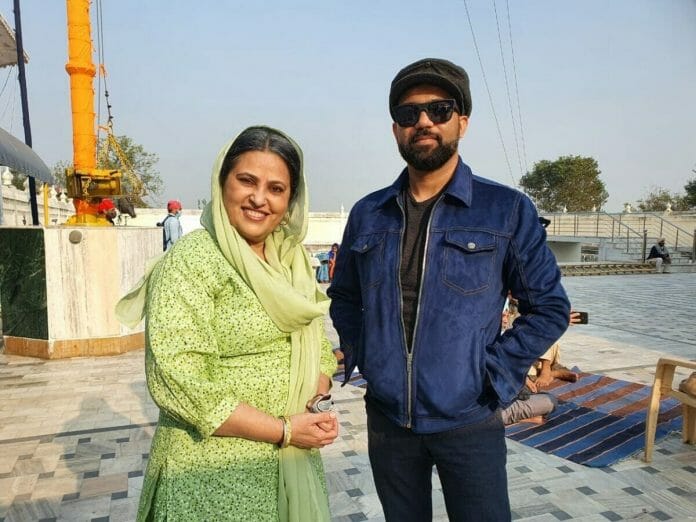 Actress Neelu Kohli is known for her versatility, and acting prowess, and not without a reason. Time and again, she’s proved her mettle. She will be next seen in Ali Abbas Zafar’s Jogi – Diljit Dosanjh’s mother in the film. The story of Jogi is based on the 1984 Delhi riots and Neelu has deep emotions related to that. Speaking about that she says, I have very vivid memories about 1984 because my family was really affected. I was in Chandigarh at that time but my parents in Ranchi were riot victims and my dad lost everything in the riots. After his retirement, he had some money with which he started a construction business – a very small one with his brother and he lost everything. He never recovered after that and subsequently passed away. I felt after the riot he was sad and had taken a lot into his heart.”

Neelu also shares a scene in the film which has uncanny similarities with her real life, “Coincidentally there is a scene between Jogi and me, a very intense scene which is there in the trailer. He comes with his hair and for a Sardar to cut his hair is one of the biggest things. My brother and my mother went through something similar and I could relive each and every memory of that while doing that scene.” Neelu also shares that for this role she doesn’t have to prepare much as she could relate to the situation and the character very well.

“I really didn’t do too much preparation because I had lived through that situation. So for me, it was like redemption.”  Talking about the director Ali Abbas Zafar who is known for his blockbuster Gunday, Sultan, Bharat,  Neelu says, “Ali sir is known for his commercial cinemas but I was blown away by his take on this subject. He always encouraged every actor on the set. He is also someone who is quite fast with his work. He doesn’t believe in retakes and I really could not imagine that my work was over. Also the set in Film city was very authentic. I loved working with him. He’s done full justice to the topic.”  Neelu, who has been part of films like Manmarziyaan, Hindi Medium, Patiala House and Housefull 2, is debuting on OTT with Jogi. She says,

I see OTT as the biggest boon for actors like us. Our world has changed; there’s so much work that is being offered to us. TV has become a medium that now needs to work on with a fresh perspective. On OTT I am exploring a new myself. I look forward to and enjoy every moment of this phase of my life. This medium is like a dream come true for me. I am a greedy actor for better and good roles. I also want to reach out to the makers and let them know that I am a very dependable actor and I take my work very seriously.”