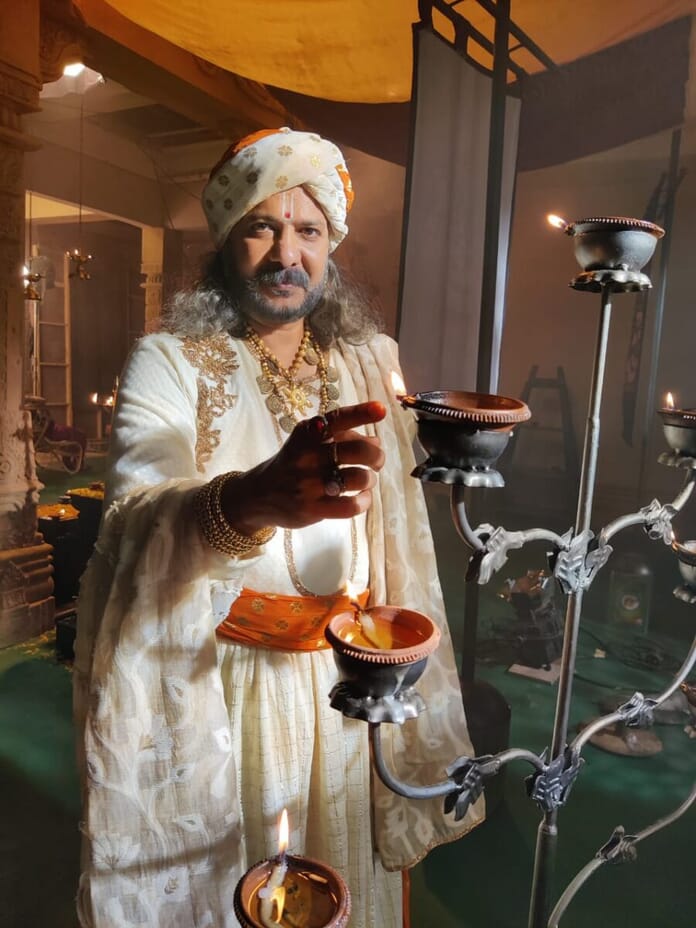 “I am playing father of Radhamani (played by Sulagna Panigrahi). He is strict but kind-hearted and always thinks about his daughter and son-in-law’s betterment,” he said.

He feels that the show is different, unique and outstanding as no one has thought of coming up with the story on Odisha’s freedom fighter Jagabandhu Bidyadhara Mohapatra Bhramarbara Raya, popularly known as Buxi Jagabandhu, who was the commander of King Gajapati.

As a theatre actor, he is good at portraying all kinds of characters, but playing a parent to a grown-up child is always difficult because he feels that carrying yourself requires a lot of energy and emotions.

“Since the story is based on Odisha’s freedom fighters also called Paika Bakshi and Paika Vidroh (Paika Rebellion), and I also belong to Odisha, the familiarity with the language and culture helped me to bring the character alive on screen in a realistic way,” he said.

He finds his co-actors and other team members really helpful and jovial. “Their positive vibes keep you active, energised and full of passion to play the character as family. I look forward to working with the team on upcoming projects too,” he said. The story revolves around the 18th century, so every character is unique in terms of look, the way they carry themselves or perform or present themselves. According to him, it is close to perfection. “Getting into character looks takes me an hour including make-up and costumes,” he shared.

“Once you’re in your costume means you are in the skin of the character which makes you feel like a warrior or fighter and everything comes naturally to you,” he added. People are even complimenting him for his role. “People say stuff like ‘e bua, chal kala’, which means ‘You’re killing it’ in Sambalpuri. They also like the fact that I fit in every character with zeal and look. The theatre background keeps me grounded,” he said.

The show is produced by Subrat Sinha and Dr. Bodhisattva of Gaatha Productions. “I appreciate the research, the creativity and the treatment and also Subrat Sinha Sir and Bodhisattva Sir. I always love to be part of the production as an actor for different characters,” he said.

Shooting for this kind of show takes longer and involves a lot of hard work. “I would like to summarise with quotes from geniuses