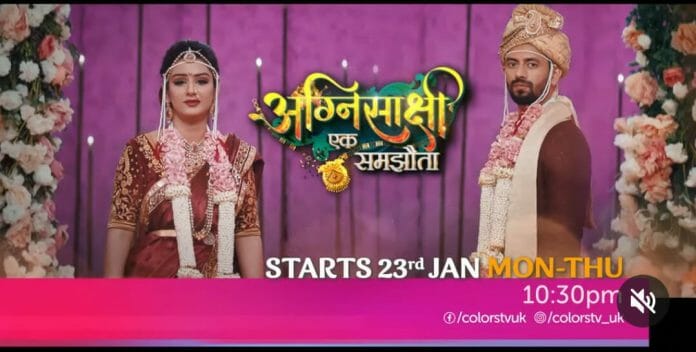 Jeevika’s mom cries seeing an unconscious Jeevika. She recalls how Jeevika said that she wants a dozen of babies after her marriage and she already decided her babies name. She cries. Meanwhile, Pallavi argues with the doctor asking to call the police to take action against Sadvik who is responsible for Jeevika’s condition. She is about to call the police. The doctor says that Sadvik’s dad isn’t well and if she calls police now, it can worsen his condition. She asks the doctor to call Sadvik here then. Just then, Sadvik’s sister-in-law arrives there and takes Pallavi from there to talk in private.

Ruhi asks her mom why she took Jeevika’s marriage responsibility when she already has the marriage responsibility of Sadvik. Her mom says that she is doing this for her family. Ruhi suggests getting Sadvik and Jeevika married. Her mom says that she can’t take this as she doesn’t know anything about Jeevika’s family. Ruhi says to her that Narayan will ask about Sadvik’s bride as soon as he will gain consciousness. Just then, Sadvik arrives there and says that Narayan’s surgery is done, but doctor Ashok called them to talk. Pallavi persuades Jeevika’s mom to hide about Jeevika’s fertility from Jeevika and the family till Jeevika gets married. Jeevika’s mom asks how they will find a groom for Jeevika. Pallavi says that the madam ji will find a groom for Jeevika as she blackmailed her by saying that her brother-in-law is responsible for Jeevika’s accident and she will send him to jail. Jeevika’s mother says to Pallavi that they can’t trust rich people. Pallavi thinks.

The doctor says to Sadvik and her sister-in-law that this is Narayan’s third big surgery so he can’t live for longtime and asks them to fulfill his all wishes. Sadvik and her sister-in-law are shocked to hear this. Sadvik recalls his promise to his dad and Surpriya breaking her relationship with him. He thinks of keeping his promise to save his dad’s life.