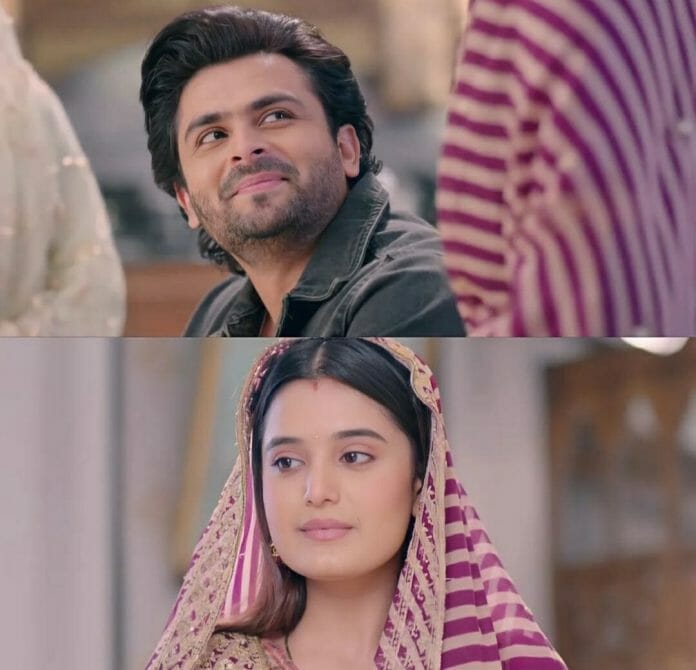 Shoaib Ibrahim and Ayushi Khurana starrer Ajooni is Star Bharat show. This show is about how, despite coming from a middle-class family with strong family values, Ajooni is compelled to marry the guy she despises the most. Now, Ajooni informs Baggas that Aman can get pregnant so it will be intriguing to watch that what going to happen in the future episodes.

In the current track, Rajveer thanks Ajooni for forgiving Harman. Ajooni tells him that she just did the right thing. He put a ring on her finger and he places a kiss on her finger. And it turns out to be his dream. He informs her about ring and keeps it on the table.

She wears the ring. Harman tells her that she knows the latter trying to break the family but she won’t let her succeed. Meher screams seeing dead cockroach. Dolly scares her more. Meher collides with Bharat. He gets cut in his cheek when shaving. Meher apologizes to him. He stops Beeji from scolding Meher.

He says that it was his mistake which surprises Dolly. Ajooni convinces Aman to take a medical test. Dolly drinks vinegar mixed water by mistake. She is not able to speak. Bharat takes Dolly to the hospital. Ajooni lies to Harman that she and Aman going to temple.

Harman tells her that God won’t listen her prayer because Harvinder’s marriage will happen at any cost. Ajooni takes Aman to the hospital. Dolly spots Ajooni and Aman at the hospital.

In the upcoming episode, Ajooni will tell Baggas that Aman can get pregnant. She will tell Harvinder to take a test.