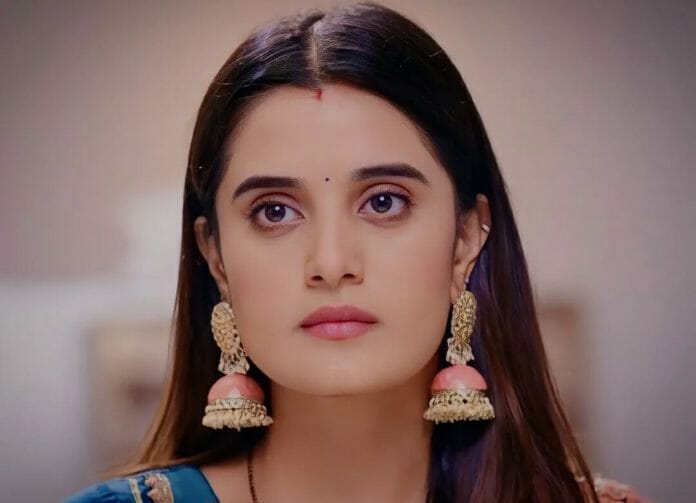 Shoaib Ibrahim and Ayushi Khurana starrer Ajooni is Star Bharat show. This show is about how, despite coming from a middle-class family with strong family values, Ajooni is compelled to marry the guy she despises the most. Now, Ajooni gathers proof against Harvinder so it will be intresting to watch that what going to happen in the future episodes.

In the current track, Ravinder learns that Ajooni gave complaint in women’s organization. He decides to punish Ajooni for that. Ajooni tells him that his behaviour made her to took this decision. She demands to talk alone with him. He takes her to his room. She informs him that Harvinder tried to kill Rajveer many times.

He asks her to prove it her claim within 24 hours or else he won’t spare her. Ajooni promises to Rajveer that she will tell him everything after returning. She leaves the house. Later, Party guy pleads Harvinder to help. Harvinder says that he himself executed his plan to kill Rajveer and party guy did nothing.

Ajooni records everything. Harvinder breaks her phone. He tells everything to Shikha. Shikha tells him that Ajooni would have planned something else too. Meanwhile, Ajooni takes the recorder from her purse. She tells herself that she know Harvinder won’t let her enter the house with proof.

In the upcoming episode, Ajooni will claim that Harvinder tried to kill Rajveer before Baggas. She will show the recorder saying that she recorded Harvinder’s confession in this.

Will Ajooni succeed in exposing Harvinder? Do Harvinder know about recorder already?