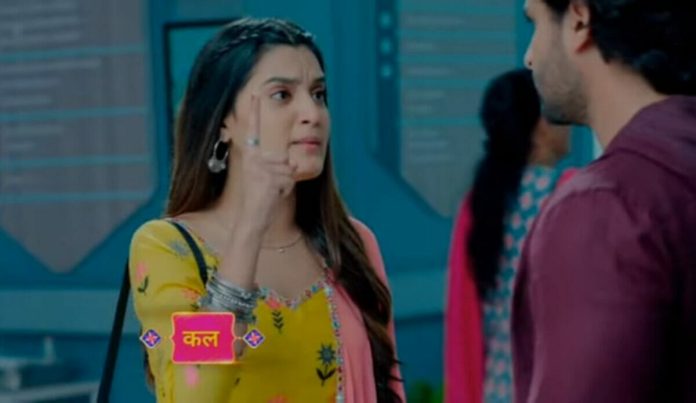 Now, Avinash decides to marry Ajooni after knowing about Rajveer too so it will be intriguing to watch that what going to happen in the future episodes.

In the current track, Ravinder asks Rajveer that what the latter did to end up behind bars. Rajveer’s friend tells him that it’s about love. Ravinder tells Rajveer that girls don’t deserve to stay in boys heart.

He says that he will find a rich girl for Rajveer so the latter should return home after few days. Rajveer thinks that girls deserves love and respect. Ajooni calls Avinash but no response from other side and she tells about it to Meher.

Meher asks her to think positively. Neeru and Beeji asks Subash to talk to Avinash’s parents. Avinash comes there with his father. Subash apologizes to them. Avinash informs them that he will marry Ajooni. And he says engagement will happen after 6 days at the same venue.

Ajooni and her family gets happy hearing him. They hears noise from godown and goes out. Rajveer threatens Avinash. He announces that his engagement will happen with Ajooni after 6 days. He asks Subash to prepare everything for engagement.

After some time, Subash calls Manjeet and learns about Ravinder. Next day, Ajooni receives newspaper. She notices paper pamphlet which has her and Rajveer’s photo.

She goes to godown and tears the paper pamphlet in front of Rajveer. Rajveer says that Avinash is responsible for all this. Later, goons attacks Avinash in the hospital.

In the upcoming episode, Ajooni will tell Rajveer he don’t deserve to marry her. She says that she won’t marry him even if God asked her to do. Rajveer will tell her that he loves her and he is not afraid of anyone. And he will say that he can even fight against God.

Who attacked Avinash? Will Avinash change his decision?