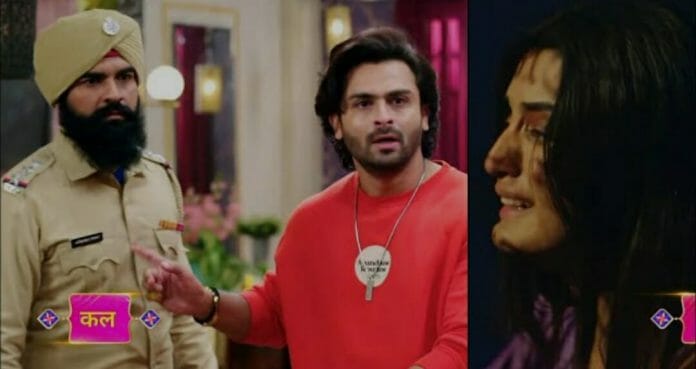 Shoaib Ibrahim and Ayushi Khurana starrer Ajooni is Star Bharat show. This show is about how, despite coming from a middle-class family with strong family values, Ajooni is compelled to marry the guy she despises the most. Now, Ajooni suspects Shikha and Harvinder for Aman’s disappearance so it will be intresting to watch that what going to happen in the future episodes.

In the current track, Shikha and Harvinder leaves Aman in the middle of the forest. Rajveer feels disheartened that he failed to protect Ajooni. Ajooni consoles him saying that she is fine due to him. He asks her to think about them only and not risk her life for others. He gifts bracelet to her.

He places a kiss on her face and makes her lay down on the bed. She gets a call from someone and learns that Aman is no more. After some time, Ajooni and Rajveer finds Shikha and Harvinder in the forest area. Ajooni blames Shikha and Harvinder for Aman’s death. She threatens to call the police.

Shikha shoots Ajooni. Rajveer shoots Harvinder and it turns out to be Harvinder’s dream. Next day, Harman and Bebe searches Aman. Chamko tells them that Aman is missing. Ajooni and Rajveer comes there. Then Shikha and Harvinder comes there.

Harman tells Harvinder that Aman is missing. Harvinder pretends like he don’t know anything. He says that yesterday he stayed with Shikha in Shikha’s house after her checkup. Ajooni suspects Baggas.

In the upcoming episode, Ajooni will call Shikha’s parents to Bagga house. Shikha’s father will says that yesterday he and his wife was not in the city and Shikha did not came to his house.

What Shikha will do now? What happened to Aman?