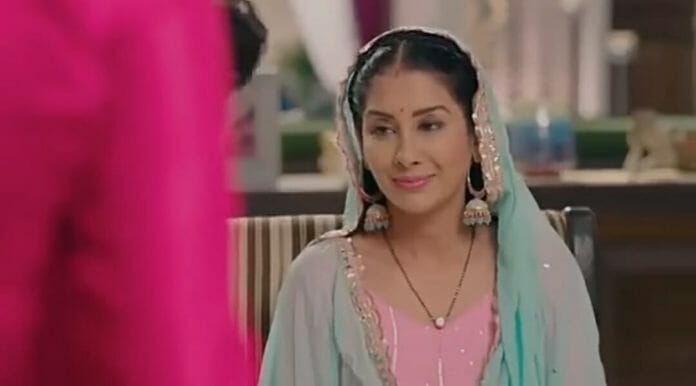 Now, Harvinder wishes to marry Shikha even though Aman is pregnant so it will be intriguing to watch that what going to happen in the future episodes.

In the current track, Ajooni tells Rajveer that God listened their prayers. She talks about the change which will happen in their house because of Aman’s child. Rajveer talks about their relationship. Next day, Guruji blesses Aman. Ravinder tells Aman to ask him if she need anything then.

He says that she will face the consequences for going against him. Rajveer asks Ravinder to stop drinking. Ravinder says that he is so happy and he starts dancing. Harvinder tells Ravinder that the latter can’t cancel his marriage.

Ravinder slaps him and tells him that until Aman is in the house, the latter’s second marriage won’t happen. Later, Rajveer apologizes to Ajooni for marrying her forcefully. They shares an eye lock.

In the upcoming episode, Aman will get an electric shock. Ravinder will scold Ajooni for not taking care of Aman. Avinash will come there to treat Aman. Rajveer will see him.

How Rajveer will react now? What will happen to Aman’s child?