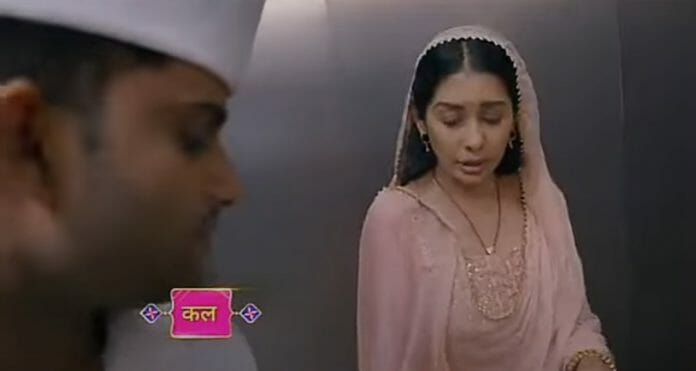 Shoaib Ibrahim and Ayushi Khurana starrer Ajooni is Star Bharat show. This show is about how, despite coming from a middle-class family with strong family values, Ajooni is compelled to marry the guy she despises the most. Now, Rajveer gets angry seeing Avinash in his house so it will be intriguing to watch that what going to happen in the future episodes.

In the current track, Harvinder points gun at Aman. He tells her that he don’t want the child. He says that if she stayed alive then, he can’t marry Shikha. He tries to kill her but loses his consciousness. Dolly cuts the wire of the mixer. Ajooni sees Aman crying. Aman tells her that Harvinder still want to marry Shikha.

Ajooni tells her that Harvinder will change seeing his child. Harvinder tells Shikha that he love her so much. Shikha asks him to forget Aman. He orders Aman to make banana shake for him. Dolly tells Ajooni to make mango shake for her.

Aman tells Ajooni that she want to use mixer. Ajooni goes to give tea to Ravinder. He asks her to take care of Aman. Aman gets an electric shock and she loses her consciousness. Rajveer takes Aman to her room.

Ravinder yells at Harvinder for talking to Shikha. He warns him to stay away from Shikha. Dolly calls the Doctor. Avinash comes to treat Aman. Rajveer gets angry seeing Avinash. He learns that Avinash came to treat Aman before too.

In the upcoming episode, Aman will get stuck in the hospital elevator.

Who is behind this attack? Will Ajooni save Aman again?