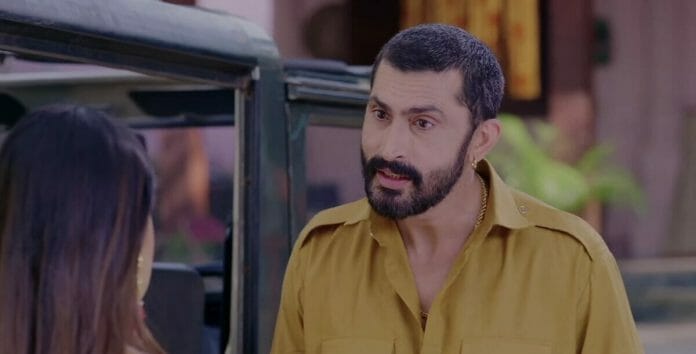 Shoaib Ibrahim and Ayushi Khurana starrer Ajooni is Star Bharat show. This show is about how, despite coming from a middle-class family with strong family values, Ajooni is compelled to marry the guy she despises the most. Now, Harvinder finds party worker before Rajveer so it will be intresting to watch that what going to happen in the future episodes.

In the current track, Rajveer feels that Ajooni is telling the truth. He asks Ravindra to give time. He says that he will bring party worker to expose Harvinder. Ravinder gives him a chance. After some time, Ajooni explains Rajveer that she did not tell him to not increase his problems. He assures her that he will find the party worker and leaves the house.

Ajooni gets his house address. Harvinder finds party worker and threatens him. Party worker tells him that he is leaving the city. Shikha asks Harvinder to not kill party worker because it’s election time. Ajooni comes there. Harvinder tells her that he changed the recorder card with Aman’s help. He holds a knife near party worker’s neck.

In the upcoming episode, Baggas will learn that Harvinder’s jeep met with an accident. Police inspector will tell them that he don’t think Harvinder is alive after that big accident.

What happened to party worker? Where is Shikha now?