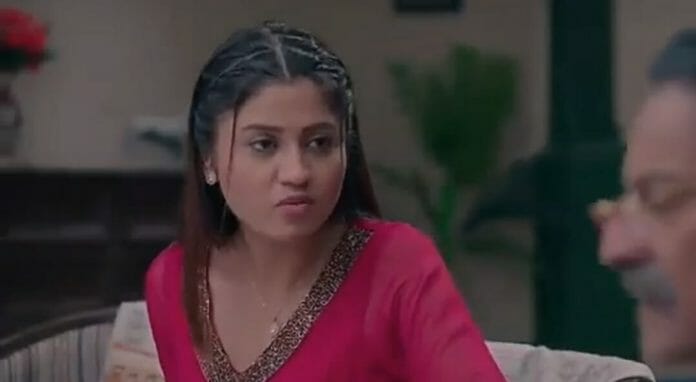 Shoaib Ibrahim and Ayushi Khurana starrer Ajooni is Star Bharat show. This show is about how, despite coming from a middle-class family with strong family values, Ajooni is compelled to marry the guy she despises the most. Now, Harman and Dolly plans against Ajooni so it will be intriguing to watch that what going to happen in the future episodes.

In the current track, Subhash teaches history to Meher and Dolly. Dolly chews a gum without focusing on class. He asks her to focus but she refuses. Meher decides to teach a lesson to Dolly. Rajveer says that he is glad that Ajooni is fine. Ajooni tells them that she did not turned on the geezer.

Ravinder taunts Rajveer and Aman. He announces that Harvinder will get married again. He says that he wants grandson at any cost. Meher applies gum in Dolly’s hair when the latter was sleeping. After some time, Dolly tells Subhash that she won’t spare anyone.

She reaches her house. She tells Harman that Ajooni’s family applied gum on her hair. Ajooni says that it must be Dolly’s misunderstanding. Harman tries to cut Ajooni’s hair. Bharat stops her.

He apologizes to them on behalf of Meher. He says that peanut butter can help to remove the gum easily. Dolly complains about Meher to Ravinder. Ravinder tells her that she is not saint too.

In the upcoming episode, Dolly will tell Harman that no one will suspect them this time. Harman will ask Ajooni to make poori.

What is Harman’s next plan? Will Harman succeed this time?