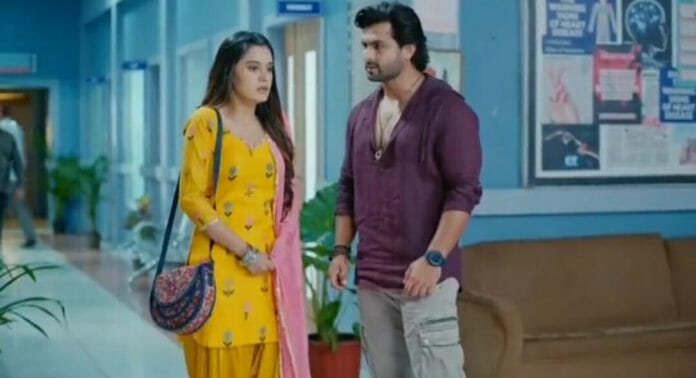 Now, Ajooni’s family tries to leave the city so Rajveer decides to marry Ajooni so it will be intriguing to watch that what going to happen in the future episodes.

In the current track, Avinash and his mother gets worried about Geet. Rajveer comes there and talks about Geet. They understands that Rajveer kidnapped Geet. Avinash asks Rajveer that where is Geet.

Rajveer’s friend brings Geet there. Rajveer threatens Avinash’s family to not tell about it to police. He tells Avinash to stay away from Ajooni for his family’s sake and leaves from there.

Avinash calls Subhash and he calls off the marriage. Subhash informs Avinash’s decision to his family. He reveals that Rajveer kidnapped Geet that’s why Avinash took this decision. Next day, Ajooni’s family watches Television and sees the advertisement in which Rajveer announced his engagement with Ajooni.

Rajveer’s sister Dolly watches the advertisement too and she informs about it to her mother and her sister in law. Rajveer’s mother says that Rajveer must be joking. Maid tells her that they should take Rajveer seriously.

Subhash’s relatives and neighbors questions Subhash about Rajveer. Subhash feels disheartened and cries. He says that he lost the respect which he earned in these years.

Ajooni says that she will expose Rajveer and Ravinder using media. Bindu says that they are powerful people. Subhash says that they should not do anything against Rajveer.

In the upcoming episode, Ajooni and her family will try to leave the city. But Rajveer will stop them. He will cancel the engagement. And he will announce that he shall marry Ajooni directly.

Will Ravinder learn about Rajveer’s announcement? Will Rajveer’s family agree for the marriage?