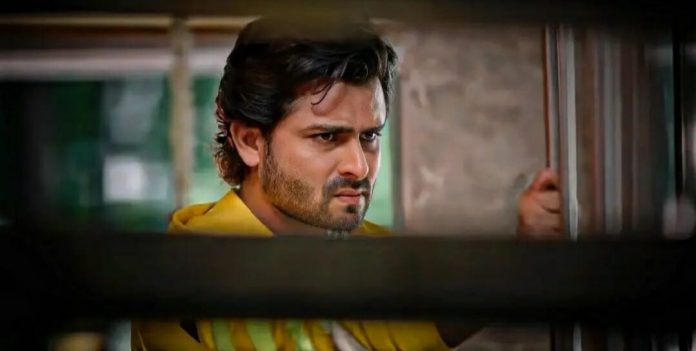 Shoaib Ibrahim and Ayushi Khurana starrer Ajooni is Star Bharat show. This show is about how, despite coming from a middle-class family with strong family values, Ajooni is compelled to marry the guy she despises the most. Now, Rajveer’s family learns about Rajveer’s love so it will be intriguing to watch that what going to happen in the future episodes.

In the current track, Rajveer’s friend tells Rajveer that the latter’s family would have watched the announcement too. He gets scared of Bebe’s reaction. Rajveer tells him that he is Bebe’s favorite grandson.

He says that he can convince Bebe easily for the marriage. Meanwhile, Bebe prays to God for her family well-being. She asks God to ruin their enemies. Rajveer comes there. She beat him up for that announcement.

He asks her to give permission for marriage. But she refuses. She says that she will choose his wife. So he threatens to commit suicide. And she agrees for his engagement with Ajooni.

Later, Ravinder tells Bebe that he is facing insults because of Rajveer. Bebe tells him that they will perform Rajveer’s engagement with Ajooni but his marriage will happen with her choice of girl. At night, Ajooni and her family tries to leave the city.

But Rajveer catches them red-handed. He asks them that how can they try to leave the city. He tells Ajooni that he can’t live without her. He cancels the engagement. And he says that he will marry Ajooni directly.

In the upcoming episode, Rajveer will threaten to kill Ajooni’s family. Neeru will plead him to leave them. He will tell her that they can leave after the marriage. She will faint.

What happened to Neeru? What will be Rajveer’s next move?