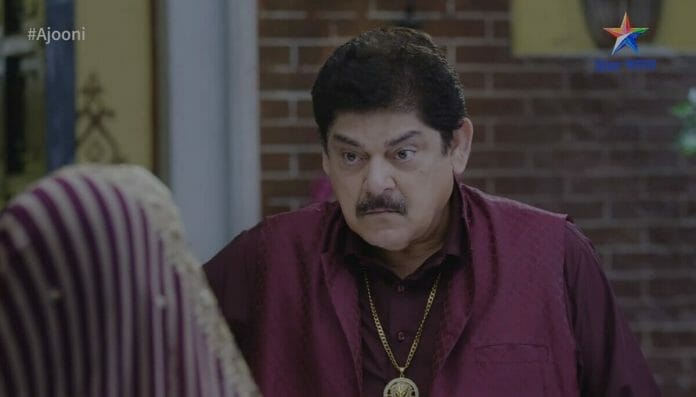 Shoaib Ibrahim and Ayushi Khurana starrer Ajooni is Star Bharat show. This show is about how, despite coming from a middle-class family with strong family values, Ajooni is compelled to marry the guy she despises the most. Now, Ajooni gives complaint against Harvinder in women’s organization so it will be intresting to watch that what going to happen in the future episodes.

In the current track, Ajooni goes to women’s organization and meets Karuna. She gives complaint against Harvinder. Karuna hesitates to accept the complaint because it’s against Baggas. But later accepts it. Shikha tells Harvinder that he is useless.

Later, Harvinder tries to strangle Aman when she was sleeping. Ajooni and Karuna comes there. Bebe asks about Karuna and other ladies. Ajooni tells her about them. She informs her that how Harvinder took Aman’s sign on the divorce papers and how he brought Shikha to magistrate office. Bebe beat Harvinder up.

Next day, Party guy meets Ajooni and tells her that he did not change an arrow. She goes to resort and learns about Harvinder’s lie. Meanwhile, Women’s organization ladies protest against Baggas. Karuna tells Ravinder that they got complaint of domestic violence against Baggas.

In the upcoming episode, Ravinder will scolds Ajooni for involving women’s organization in their family matter. Ajooni will give a befitting reply to him.