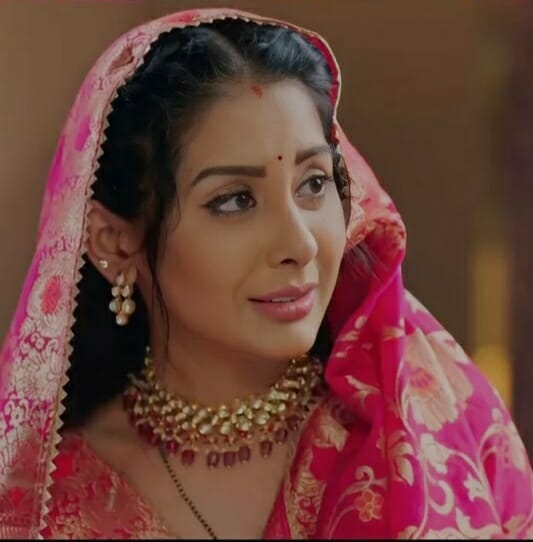 Shoaib Ibrahim and Ayushi Khurana starrer Ajooni is Star Bharat show. This show is about how, despite coming from a middle-class family with strong family values, Ajooni is compelled to marry the guy she despises the most. Now, Ajooni stops Harvinder and Aman’s divorce so it will be intresting to watch that what going to happen in the future episodes.

In the current track, Harman struggles to open her eyes because chilli powder went into her eyes. Ajooni gives water to Harman by going against Ravinder. Harman says that why she is against Ajooni. She thinks that Ajooni did black magic on Rajveer. She reveals that she did all that to separate Ajooni from Rajveer and her intention is not to hurt Rajveer.

Ravinder blames her for all the accidents which happened with Rajveer. Rajveer stops the punishment saying that it’s his responsibility to protect Harman. Harman apologizes to him. But he refuses to forgive her. He tells Ajooni that no one can separate them because their love has strength to fight against anyone. They goes to their room. Ajooni says that Ravinder and Bebe did wrong with Harman.

But Rajveer defends them. Next day, Harman tries to convince Rajveer. Harvinder ties Aman’s mouth and hands. He locks her in the room. He lies to Ajooni that Aman is not in the room and leaves from there.

In the upcoming episode, Shikha will introduce herself as Aman to Judge. She will say that she is ready to give divorce to Harvinder. Ajooni will bring Aman there.

How Ajooni got to know about Harvinder’s plan? Will Judge punish Shikha?