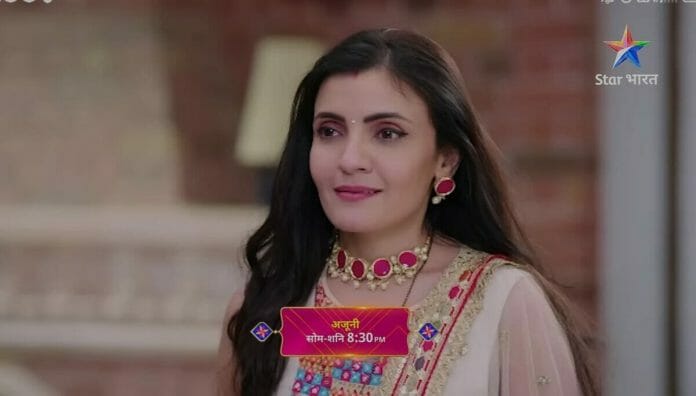 Shoaib Ibrahim and Ayushi Khurana starrer Ajooni is Star Bharat show. This show is about how, despite coming from a middle-class family with strong family values, Ajooni is compelled to marry the guy she despises the most. Now, Dolly joins hands with Harsh against Baggas so it will be intresting to watch that what going to happen in the future episodes.

In the current track, Ravinder stops Bagga ladies and he taunts them for behaving like that. Bebe tells everything to Ravinder. Chamko claims that she is innocent. Ravinder asks them to calm down and leaves for party work. Other side, Dolly throws mud at Ravinder’s poster. Harsh kidnaps Dolly.

He tells her that he is her well wisher so she should join hands with him against Baggas. He claims that Baggas don’t care about her. He calls Bagga house and informs Harvinder about Dolly’s kidnap. Shikha tells Harvinder that it must be Dolly’s drama. Harvinder believes her and he scolds Harsh. Dolly gets angry and she joins hands with Harsh against Baggas. Bebe notices that her husband’s photo frame is missing and she finds the photo in between old newspapers. Chamko tells her that it must be Shikha’s work because Shikha throw Harvinder and Aman’s photo too. Bebe orders Shikha to stand like statue as punishment.

In the upcoming episode, Ravinder will scold Harman for ruining his kurta. Ajooni will tell him that he will wash his kurta.

Will Ravinder let Ajooni wash his kurta? Who ruined Ravinder’s kurta? Who put Bebe’s husband photo in between old newspapers?