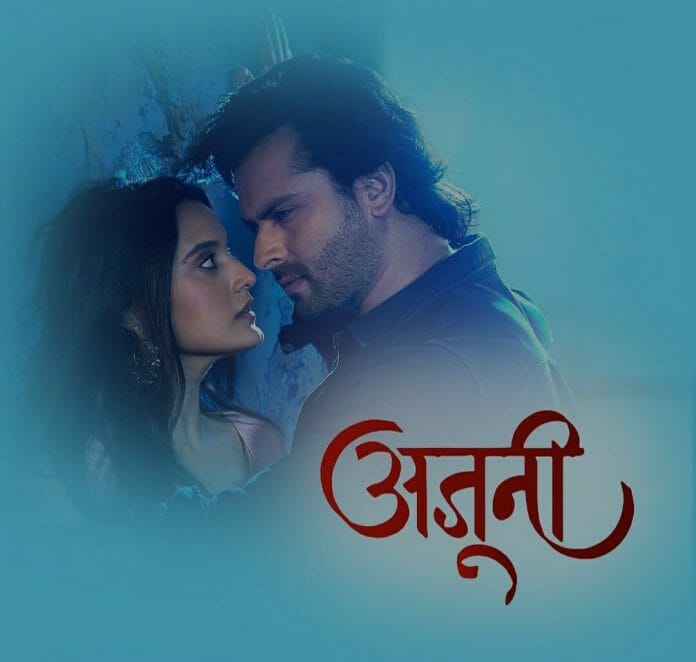 This week Ajooni begins with Shikha and her parents meets Baggas. Harvinder takes Shikha for a house tour. Shikha’s parents learns about Aman. Harman tells them that Aman don’t have any problem with this marriage. Shikha tells them she liked Harvinder. Shikha’s father asks Ravinder to fix the marriage date.

Ravinder tells him that he will meet Guruji. They eats sweets. Shikha’s family leaves from there. Ajooni says that she won’t let this marriage happen. Ravinder asks her that what can she do. She tells him that Aman is Harvinder’s first wife so legally Harvinder can’t marry someone else.

He talks about Harvinder and Aman’s divorce. He says that Harvinder’s second marriage will happen at any cost. He asks Rajveer and Ajooni to give good news in a month if they want to stop the marriage then.

Rajveer accepts Ravinder’s condition. He promises to him that he will give good news in a month. Later, Ajooni scolds Rajveer for lying. Rajveer tells her that he did not had any other choice. He says that he is doing all this for Aman. Next day, Ravinder postpone the marriage date.

An intoxicated Harvinder asks Aman that where he should go for his second honeymoon. He forces her to drink alcohol but she pushes the bottle. She tries to commit suicide in the kitchen. But Ajooni stops her. Aman says that Harvinder’s marriage got fixed and she can’t do anything.

Ajooni promises to her that this marriage won’t happen. She tells Rajveer that she is ready to start a family for Aman’s sake. Rajveer decorates the room and Baggas sees that. He tries to get close to Ajooni but he get off the bed. Ajooni asks him that what happened.

He tells her that he married her because he love her. He says that he wants her love but not this. He says that she was forced to take this decision and leaves the room.

Next day, Ajooni wake Rajveer up. Chamko informs Harman that Rajveer slept on the terrace. Harman mixes some cream in Ajooni’s shampoo bottle. Aman gets shampoo from Ajooni for Harvinder. She gives shampoo to Harvinder.

In the kitchen, Ajooni learns that there is no curd in the house. Aman and Chamko serves breakfast. Rajveer asks for curd. Aman says about curd. Bebe taunts Harman and Aman. Ajooni serves curd to Rajveer. They smiles at each other. She says that she bought from the shop.

Everyone gathers in the hall after hearing Harvinder’s scream. They gets shocked seeing Harvinder’s bald head. He blames Aman for his condition. He tries to hit her with whip. But Ajooni stops him and she says that she gave shampoo to Aman.

She tells Rajveer that she was supposed to use that shampoo so it was planned for her. Ravinder asks Ajooni that if she did this because she is against Harvinder’s second marriage. Ajooni defends herself. She tricks Harman. Harman blurts out the truth.

Ravinder decides to punish Harman by making her bald head. Ajooni asks him to forgive Harman. Rajveer agrees with her. He asks Harvinder to say something but the latter remains silent. He asks Harman to see who is standing for her. Ravinder warns Harman to stop executing her foul plans.

Rajveer thanks Ajooni for forgiving Harman. Ajooni tells him that she just did the right thing. He put a ring on her finger and he places a kiss on her finger. And it turns out to be his dream. He informs her about ring and keeps it on the table. She wears the ring. Harman tells her that she knows the latter trying to break the family but she won’t let her succeed.

Other side, Meher screams seeing dead cockroach. Dolly scares her more. Meher collides with Bharat. He gets cut in his cheek when shaving. Meher apologizes to him. He stops Beeji from scolding Meher. He says that it was his mistake which surprises Dolly. Ajooni convinces Aman to take a medical test.

Dolly drinks vinegar mixed water by mistake. She is not able to speak. Bharat and Neelam takes Dolly to the hospital. Ajooni lies to Harman that she and Aman going to temple. Harman tells her that God won’t listen her prayer because Harvinder’s marriage will happen at any cost. Ajooni takes Aman to the hospital. Dolly spots Ajooni and Aman at the hospital.

Harman informs Ravinder that Ajooni and Aman left for temple. Harvinder tells Ravinder that he met Shikha. He tells him to fix his marriage with Shikha. Ravinder asks him to call Shikha’s father. Ajooni snatches the phone from Harvinder. She says that this marriage won’t happen.

Ravinder asks her that if she can’t stay without doing any drama. Ajooni tells him that Aman can get pregnant. She reveals that she took Aman to the hospital for medical test. She tells Harvinder to take a medical test. Harvinder scolds Aman for going to hospital.

Baggas refuses to accept that Harvinder may have problem. Ravinder tears Aman’s medical report. He tells Ajooni that he won’t let her insult his family. Harvinder drags Aman from there.

Rajveer says that no one talks about good thing in this house and if Ajooni does, everyone has problem with it too. Bebe asks him to not give lecture. Harvinder beat Aman up with belt.

Other side, Dolly’s friend Surbhi meets Dolly at Ajooni’s house. Meher makes fun of Dolly’s voice. Surbhi laughs hearing her. Dolly sends Surbhi from there. Ajooni feels bad seeing Aman’s injuries. Aman tells her that she made mistake by lying to Baggas. She says that she got happy when she learnt that she can get pregnant but not anymore.

Ajooni tells Rajveer that devils living in his house. She talks about Harvinder’s behaviour. Rajveer asks her to not interfere in Harvinder and Aman’s matter. She decides to take police help. He warns her to not take advantage of his love.

Rajveer says that Aman can get pregnant so Harvinder can’t marry someone else. Ravinder warns him to not talk about medical report again. Later, Ajooni tells Rajveer that she married him to get revenge on him which shocks him.

Rajveer tells her that her behaviour ruined everything. He warns her to not say a word against his family members. Harvinder and Shikha go out on a date. She removes handkerchief to see his bald head. Someone clicks their photo. Harvinder takes Shikha to his house on her behest. He asks Aman to leave the room.

In the upcoming episode, Shikha asks Ajooni that why Aman need to live when she can’t keep her husband happy. Ajooni slaps her. Ravinder tells Ajooni that today Rajveer will punish her.

Stay tuned to this space for more updates about Ajooni.