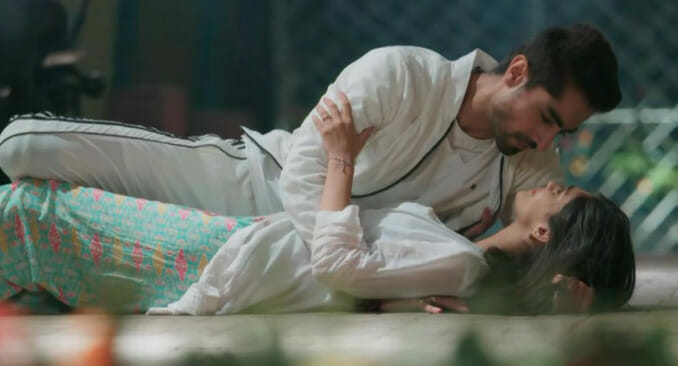 The 24 hours to bring another life changing situation for Abhimanyu and Akshara.

In today’s episode, Manjiri asks Birlas to give 24 hours to Akshara for one last time. Mahima says she will give 24 hours and post that none will stop her from doing anything for Anisha. She asks Abhimanyu to give her promise that post 24 hours he will support her in getting justice for Anisha. Neil asks Mahima to calm as Abhimanyu isn’t denying. Mahima says Abhimanyu is silent. Abhimanyu give Mahima his promise. He says he Akshara fails to prove her innocence in 24 hours he will do whatever it takes for Anisha’s justice. Birlas stand shocked.

Akshara says to Kairav that everything will be fine. They both decide to escape. Akshara tells to Kairav that she has only last 15 hours to fix everything. Goenkas gets shocked seeing Kairav at doorstep. Everyone hugs Kairav. Akshara think Kairav is safe now. Manish asks Kairav about Akshara. Kairav assures Goenkas that Akshara is fine and will come back soon to give them answers. Akshara gets upset thinking she again returned home without meeting Goenkas. She turns optimistic about upcoming.

Hooligans out there trouble Akshara. Abhimanyu comes for Akshara’s rescue. Akshara sprays pepper spray. Goons run away. Akshara tells to Abhimanyu that she used to carry pepper spray in his absence. Akshara and Abhimanyu fall on each other. She tries to talk with Abhimanyu. Abhimanyu refuse to listen to Akshara. Akshara receive a call and messages from Kunal.  She asks Abhimanyu to wait until return.

In the upcoming episode, Akshara will get ready for the finale. Abhimanyu will wait for Akshara. Will Akshara be able to reach Abhimanyu on given time? Wait for our next update.