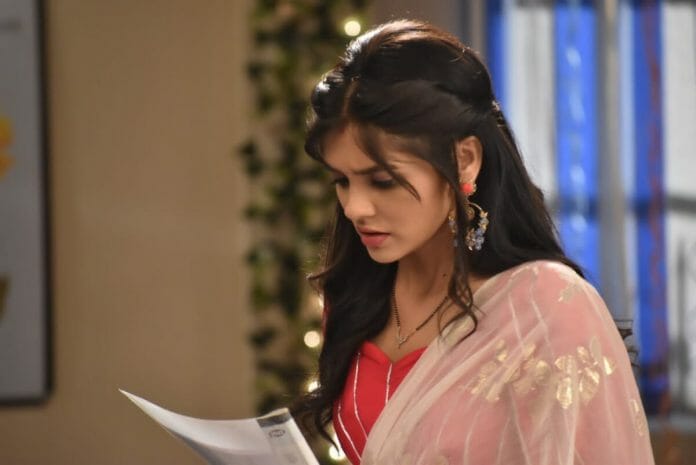 In today’s episode, Neel hesitates to enter the Birla house. Parth brings Neel inside. Manjiri says that she stopped Akshara but why she didn’t listen to her. Harsh holds Neel’s collar and asks if he is not an orphan than who is he. He slaps Neel. Anand and Mahima try to stop Harsh. Harsh says none can stop him today. Akshara gets afraid seeing Harsh’s anger.

Abhimanyu comes back. Harsh says to Neel that he shouldn’t have chosen today’s day to talk about his identity. He decided to beat Neel to the blue. Akshara tries to stop Harsh. Harsh asks Akshara not to interrupt as she is clueless about his family matter. Manjiri wakes up. She blames Akshara for the mess. Manjiri tries to save Neel from Harsh’s wrath. Akshara tries to explain Manjiri that she didn’t told anything to anyone. Manjiri says to Akshara that she won’t be able to forgive her for disclosing the truth. Akshara stands teary.

In the upcoming episode, Manjiri will accuse Akshara for disclosing the truth to Neel. Akshara will try to explain herself. Abhimanyu will get angry on Akshara too. Meanwhile, shattered Neel will walk down the road. Will Akshara be able to prove her innocence, time will tell.

Follow us for more TV news, spoilers and updates