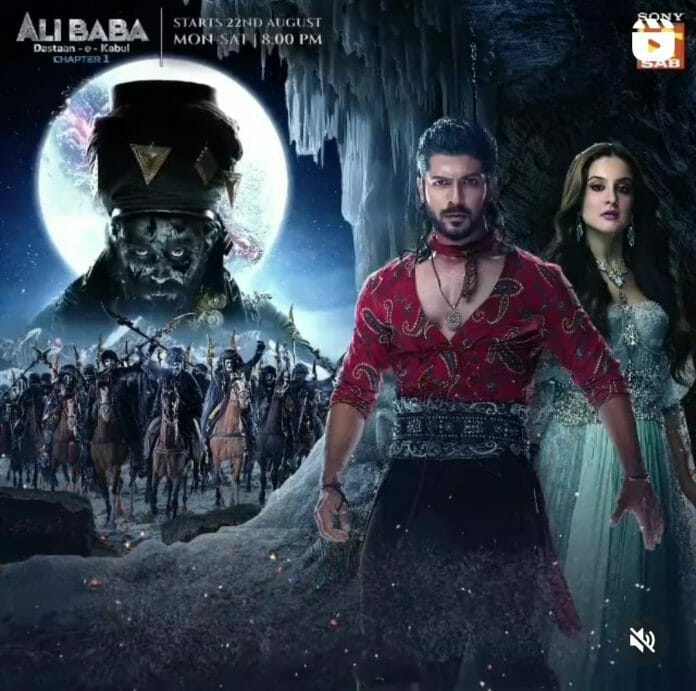 The episode starts with Dadi uttering Darar-e-Khalal. Simsim looks at the sky. Saddam calls Mariyam and smiles at her. She asks him why he locked her up in the prison. If her father learns about it he won’t spare Saddam. The shooting star color changes. Saddam tells Mariyam that her father can’t save her. Zorabar asks Ali what does he want before dying? Ali shuts him up. Saddam tells Mariyam to look at the moon, where she can see her father’s face. Mariyam is surprised hear that. Simsim uses her full power and the shooting star hits the moon. Everyone looks at it and the storm messes up everything in Kabul. Simsim faints. Dadi shouts Darar-e-Khalal. Zorabar and his men fall down along with Ali. Saddam tells Mariyam that the devil will appear soon. Kabul people are shocked to see the change in weather. Dadi comes out of her room for the first time after so many years. Ali’s kids try to find Ali to see if he is alright. Ali bumps into Fatima and the latter asks him if he is fine. He says he is looking for his kids.

Ali meets his kids and they ask him if he is hurt. Ali hugs them saying nothing happened to him. Ali and other get shocked on finding Dadi shouting Darar-e-Khalal. They say that Dadi is out of her house after 20 years. Dadi stares at the moon and looks petrified. Simsim opens her eyes and smiles saying the beautiful moon. The moon gets cracked and it breaks apart. Kabul people fall down. The forty thieves get back their lives. Ali looks at the moon and recalls the sketch Dadi drew. He thinks how Dadi got to know about the future beforehand.

Simsim goes to Iblis’s stone and says humans couldn’t separate two lovers as they don’t have idea about the power of love. Now everyone will suffer. The forty thieves open their eyes. Dadi says when the moon was safe those thieves were caged but now they are free. They will spread terror in the whole Kabul. She tells Ali that his destiny will change soon and its connected to someone else. Simsim orders the forty thieves to attack the Kabul people. They will kill everyone to get the Tilasma for Iblis. Snatching the Tilasma from Iblis means death. After getting the Tilasma, Iblis will wake up. The forty thieves obey Simsim and leave the cave. Mariyam asks Saddam where is her father? She wants to meet him. Saddam tells her to keep her volume low. He says she will get to meet the forty thieves after this.

Precap – Ali asks her Dadi how to stop the Forty thieves? Dadi says they were dead but now they can’t get killed by anyone. The thieves enter Kabul and start killing innocent people. Zorabar provokes people against Ali’s family and Ali gets attacked by them. Mariyam gets dragged by the thieves.