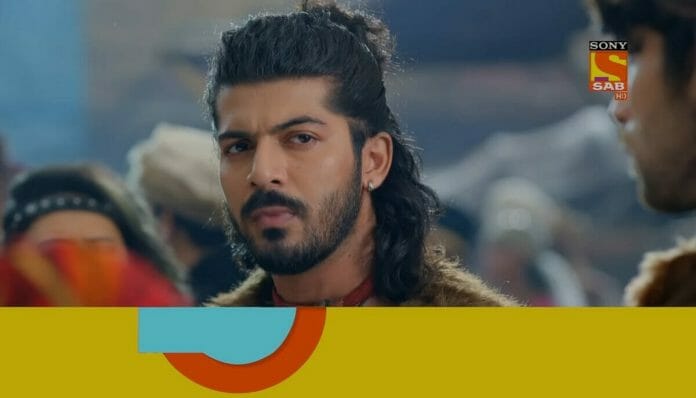 In previous episode, Ali and Zorabar scold Khurram’s men for telling them to leave the Parbaaz. Khurram gets scared and leaves. Ali and Zorabar challenge each other over who will first find Sehzaadi. Ali gets to know his kids except Alifi and Gulrez went out of the house. He tells them to not disobey him again as its risky for them. He feeds them some delicious breads too.

Later he finds out that his cloth is missing and he suspects Mariam to be the thief. He catches her and confronts her for stealing his clothes. He tells her to take it off . Some magic moments occur and they start doing some strange activities.

Mariam runs away from him and later he learns she is a girl not a man. Before he could see her face she again disappears. But she gets caught by Baizaad’s men. Ali gets to know she is Sehzaadi. He decides to reach her to get the reward. Saddam gets mad at Yajood for not getting any information about Mariam.

In future episode viewers will see, Ali will decide to go to Zumma Bazaar to find Sehzaadi as there the girls will be sold. Simsim will tell the thieves to be prepared as in Zumma Bazaar Mariam will be found.