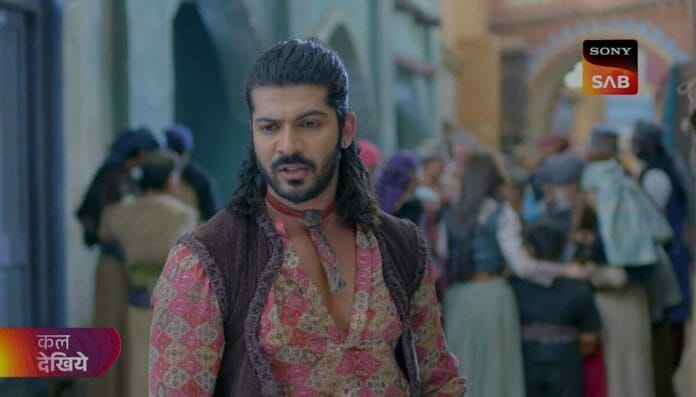 In previous episode, Ali finds out that Zorawar stole the ration of Mamuli Gully with his men. He decides to teach him a lesson. Mariam learns about it. Ali asks for Nafi’s help and overhears Zorawar’s talk that how he is planning to survive with enough food after stealing them from poor people.

Ali becomes invisible with magic and enters Saahi Sadak. Mariam disguises herself as a dancer and goes to Zorawar with Poya’s help. She distracts him and goes to find the ration in Royal Street. Ali gets delighted knowing her good intentions and he helps her find the ration with his magic.

Ali beats Zorawar and his men being invisible and slams them for torturing innocents. Mariam finds the ration.

In future episode viewers will see, Mariam will tell Ali that without food Parbaaz people will die. Ali will say forty thieves are behind this game. He will decide to snatch the treasure from Simsim’s cave