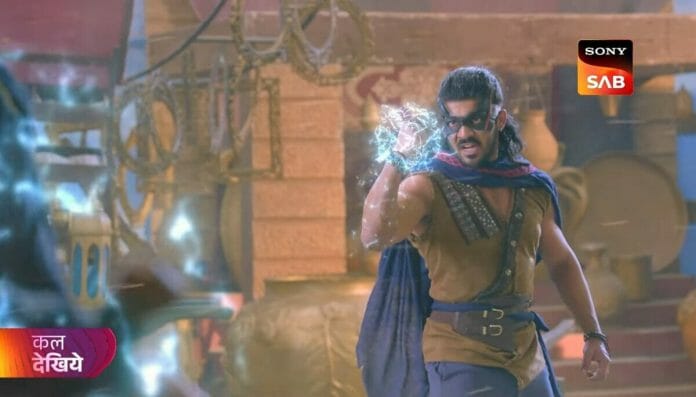 In previous episode, Mariam gets caught by the thieves along with the kids. She pleads them not to harm the kids and Dajjal blackmails her saying he will kill everyone if she doesn’t beat Khusro with hunter. Mariam hits him when Khusro tells her to do so. Mariam feels bad and cries seeing his pain.

Ali comes hearing the bell sound and sees the thieves are torturing Parbaaz people. He stops them with his magic. He asks for his people’s freedom then only he will handover the talisman to the thieves. They get into a fight. Ali creates storm and gets a special power from nature with that he somehow defeats the thieves.

In future episode viewers will see, Ali will try sending the thieves back to cave but an arrow will come towards him and he will get captured again.