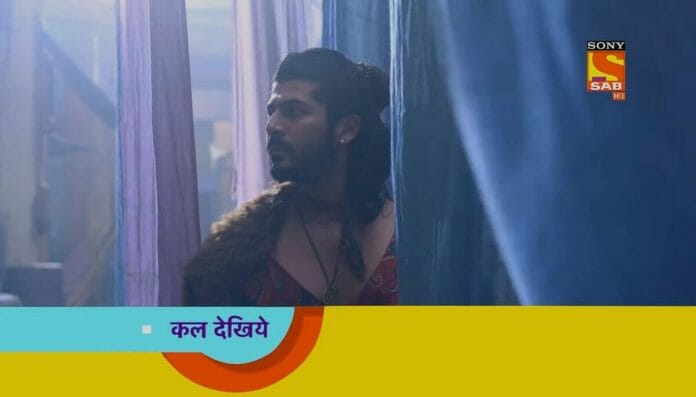 In previous episode, Ali tells everyone utter Amen for Sultan’s soul and Mariam prays too. Meanwhile Zorabar comes to expose Ali in front of Kabul people. He says Ali has some selfish motive and thus he called the gathering. The thief sets the place on fire to catch Mariam and notices the Talisman.

Ali saves her on time and she runs away from him. He chases her and tells her to stop. He saves her from Baizaad’s men and she changes her clothes to hide from the thieves and those who want to catch her. Ali fails to recognise her seeing her disguised look.

He teases her and later Zorabar and Ali challenge each other. Ali says he will find Sehzaadi before him. Simsim loses her temper after knowing the Talisman is not found yet. She lashes out at the thieves and asks for some time more from Iblis. She decides to get the gem and decides to kill the person who has the Talisman.

In future episode viewers will see, Ali will suspect Mariam as thief and he will chase her. He will get shocked seeing that she is a girl not a man. She will tell she is not a thief and will hide from him but later on she will fall on him by mistake.