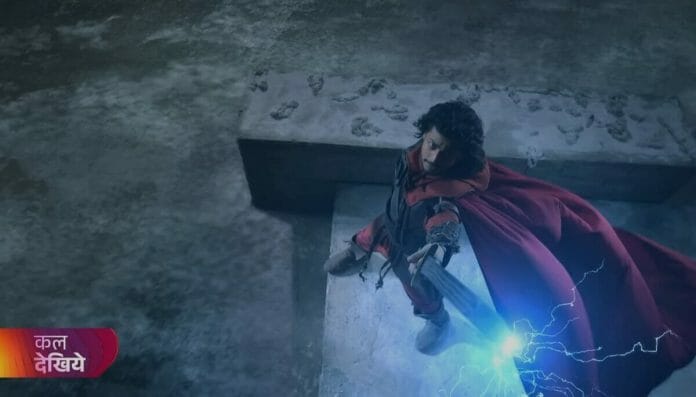 In previous episode, Alifi tries to kill Simsim with the poisonous pin but she turns around and shocks the latter. Alifi makes excuse that she got scared because of the shadow. Simsim asks her about Ali and Alifi says she can take her to Khusro who will inform her about Ali in detail. Simsim holds her hand tightly and says the latter is not smarter than her.

There the beggar roams around with the talisman and makes a wish which gets fulfilled. Simsim suspects that the talisman is outside and she leaves. There Simsim follows the beggar thinking he might be Ali and she will get the Talisman from him.

There Ali goes near Simsim’s cave along with Hasan and Monk. Simsim feels Ali’s presence in the cave and thinks what is his purpose. She feels like Iblis is not safe. She signals the thieves to go to the cave at once. Ali looks for the treasure, Iblis and Marjina.

He gets surprised seeing the cave is empty. He calls out Simsim and tries to understand her game plan. Simsim gets furious at him.

In future episode viewers will see, Simsim will reach near the cave with thieves. There Monk will suggest Ali to use the power of the magical sword to see the past event. He will get to know where are Iblis and Marjina. Ali will obey him.