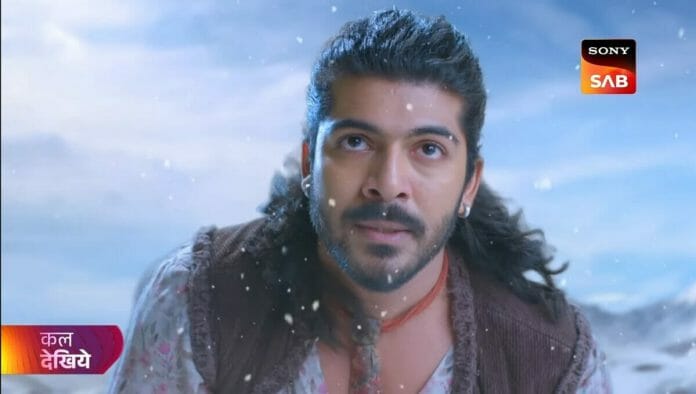 In previous episode, Simsim calls the powerful Dajjal to use his evil power to attack the Parbaaz people so that Ali gives them the talisman to save his people. Ali tries to control the talisman to use the magic properly. He applies his magic on sword, waves and stones etc. Later he realises he needs to work on it even more.

Thieves reach Parbaaz to attack the people. Mariam pleads Kartar to help her as she was helpless too but she didn’t lose hope as she wants to give justice to her father. She reveals she is Sehzaadi and Kartar gets surprised hearing that. He still refuses to help saying his old self is dead.

Mariam falls unconscious by the men and Kartar tries to stop them. There Ali applies his magic on old couple but they demand weird things which makes Ali embarassed. He decides to practice it by going away from the Parbaaz. He reaches a snowy hill.

In future episode viewers will see, Simsim will order the thieves to attack the Parbaaz people to get the Talisman from Ali. Ali will be tensed seeing the chaos.