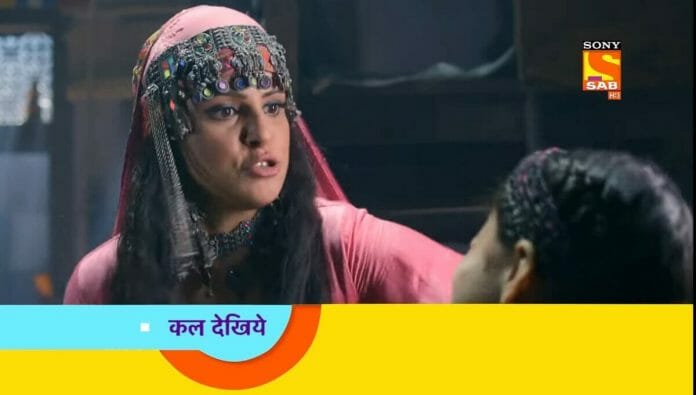 In previous episode, Mariam taunts Ali for his greed for coins. He says he is a commoner so he behaves this way. She replies she would have distributed the coins to poor people. Ali suspects why she is acting like Sehzaadi. She decides to go alone further and tells him to leave.

He says she won’t be able to make it but she doesnt listen. She sees hallucinations and feels helpless. Dadi predicts that Ali will get into trouble leaving Mariam like that. Ali’s kids and Nafi get determined to go on a mission of finding Ali.

Alifi stops them saying she has the responsibility to protect them and thieves might attack them on their way. Ali and Mariam end up in the same place to spend the night. They steal some food and eat. There Saddam fears Simsim got one part of the gem and now she will demand Mariam from him.

In future episode viewers will see, Alifi will fool Nazia and the kheer will fall on her face. Alifi will signal the kids to run away. There Ali and Mariam will get into trouble.