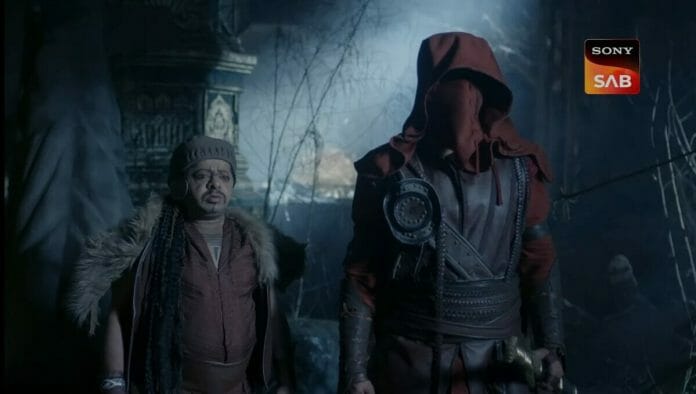 In previous episode, Mustafa tells Simsim about his son Ali Baba who will create history by killing forty thieves and her. He says she won’t be able to live for long. He then decides to destroy his own world to end her chapter. Simsim seeks help from evil power and gets saved.

There Ali kills the snakes and Hasan gets impressed by his act. Ali and Hasan hide from Bala who throw arrows at them. Hasan faces her bravely. There Poya and Khusro meet the monk to learn about Ali. Poya hopes that Nafi will be back to human form.

Thieves reach near the cave in this hope Ali will come out and they can kill him. Alifi gets shocked seeing Simsim back to the human world. She looks for Noora and Alifi makes an excuse that Noora Dadi went somewhere and didn’t come back yet.

In future episode viewers will see, Simsim will tell the thieves that Bala never leaves someone easily but Ali will be dead soon. There Ali’s face cover gets removed after Bala’s attack.

Will Ali get the third eye from Bala?