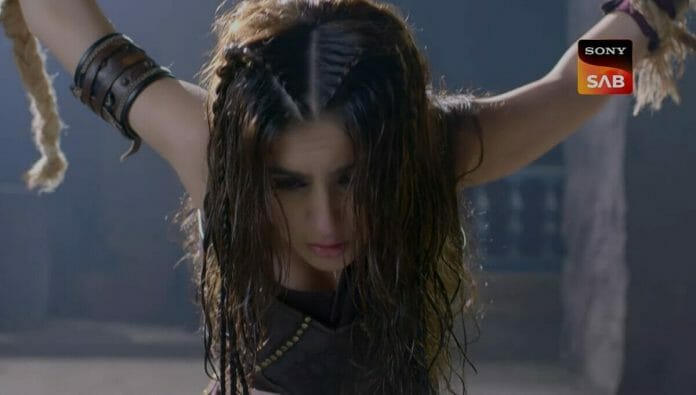 Sab TV launched a brand new show named Ali Baba-Dastaan-e-Kabul starring Sheezan Khan and Tunisha Sharma. The show revolves around Ali and Mariam’s struggle to save Kabul from the terror of Iblis and his forty thieves. Simsim is trying her best to wake Iblis up by getting the Talisman gem but will she succeed? that will be interesting to watch.

In previous episode, Ali disappears from the cave after fooling the thieves. Thieves give the information to Simsim and she gets furious knowing that Ali again left with the talisman. Ali ends up at home and falls unconscious. Dadi takes care of him. She tells him to learn real magic to defeat the thieves.

He needs to know how to use the magic for good reasons. There Mariam knowingly gets caught by the men. Kartar witnesses the men beating her. He requests them not to torture her. She adds she won’t leave until he agrees to help her. He shares his painful story and she says she also suffered a lot but didn’t give up.

In future episode viewers will see, Simsim will order the thieves to attack the Parbaaz people to get the Talisman from Ali. Ali will be tensed seeing the chaos.