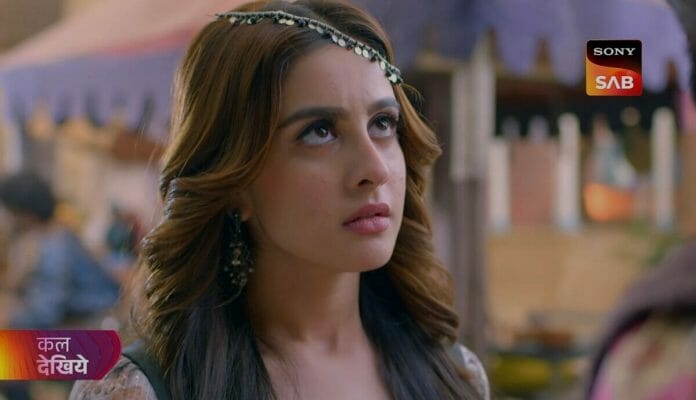 In previous episode, Ali enters the cave after saying the spell. There thieves threaten Kasim to know about the Talisman other half. Kasim fails to say anything and he feels they are not businessmen but some stealers. Thieves try to kill him and there Simsim notices Ali wearing the Talisman locket.

She signals the thieves to come back to cave. Simsim attacks Ali with her magic but surprisingly the Talisman parts get united and Ali gets the whole gem. He disappears from there with the magic before he gets killed by them. Simsim finds it unbelievable.

Mariam learns from a saint that Ali will write a new history and the old Ali will die. He reaches Parbaaz and starts applying magic on stuffs and gets surprised knowing it actually works.

In future episode viewers will see, Ali will gift biriyani to Zarifa, Mariam will question if he is doing all these with magic. He is hiding something. Ali will look on.