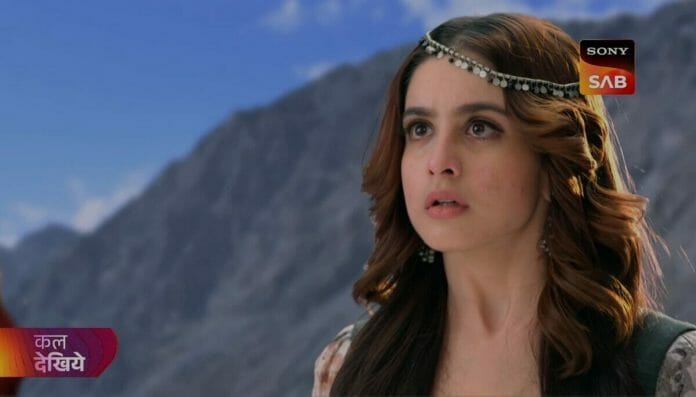 In previous episode, Simsim tries to take the Talisman from Ali but she finds that it’s mere a reflection of him and his face is also not visible. Simsim gets angry and shouts that someone fooled them. She says only Mustafa had that power to defeat them.

She wonders if the magician is his son. There Ali feels Mustafa’s presence and thanks him. Mariam tells Daragazi that she doesn’t want to leave Ali alone in this critical situation. She will be prepared to defeat Saddam here only.

Daragazi agrees and later Ali gets the map to reach the rainbow and he enjoys with his friends before he leaves for the mission. Mariam says she wants to accompany him but he thinks he wont put them in danger. Simsim orders the thieves find Mustafa’s son.

In future episode viewers will see, Mariam meets a saint who says Ali will die today and there Ali enters the cave by saying Khul ja Simsim.