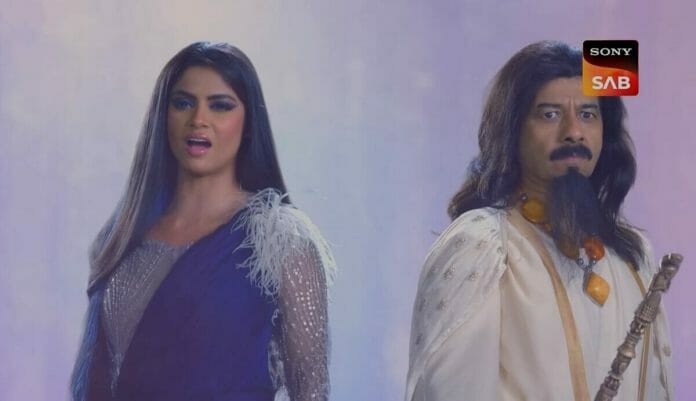 In previous episode, Mustafa doesn’t reveal who is the saviour and Simsim warns him to reveal the saviour’s identity else she will turn all the Parbaaz people into puppets. There Farishta tries to throw away Nabina’s eye in the fire to get the information about Bala. Nabina reveals everything to him to reach the cave.

She also gives him a coin and demands Hasan from him. Farishta outsmarts her and safely comes out with Hasan. There Mustafa gets angry knowing Simsim hurt his mother Noora. He gets into a fight with the. She injures him but his wound gets healed. He says he is already dead and he can’t die again.

He says his son Ali Baba is the protector of the Parbaaz and he will kill Simsim and her forty thieves. Noone can stop him. There Farishta crosses a river with Hasan and discovers lots of snakes. He kills them with his magical sword. Hasan gets shocked.

In future episode viewers will see, Mustafa will decide to destroy his own world to kill Simsim. She will shout and the destruction will start.

Will Farishta get the third eye from Bala?