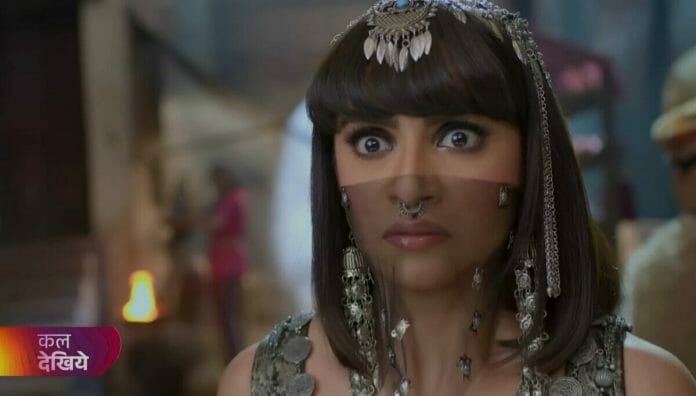 In previous episode, Monks start the process to turn the wooden dolls into humans again. They get back their human forms and celebrate the moment. Nafi says he wants Ali back and Ali gets upset hearing that. There Alifi dips her hairclip into the poison bottle to stab it inside Simsim’s body.

She bumps into Nazia who tells her to pamper Simmi Jaan to keep getting coins from Abdali. Hasan asks about the masked man’s identity to the monk. Monk says now Ali’s face is recovered and he can remove his mask. Ali recalls how he was almost dead after the mishap and he lost Marjina too.

Monks gave them a new life. Moni encourages him to fight more battles as he got a second chance for a reason. New Ali removes his mask and looks into the mirror. He says he won’t celebrate but he will take revenge from Simsim and the forty thieves.

There Simsim tries to learn from the thieves if Ali died or not. Alifi goes behind her to attack her with the poisonous pin.

In future episode viewers will see, Ali goes near Simsim’s cave along with Hasan and Monk. Simsim thinks what is their purpose. She feels like Iblis is not safe. She gets scared.