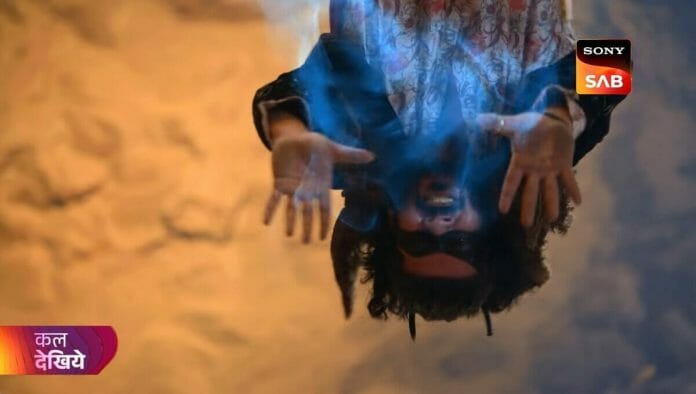 In previous episode, Mariam gets distracted while fighting with Daragazi. He defeats her and tells her that she is not concentrating properly, he behaves strictly with her and says that’s for her good else she won’t be able to get back Kabul from Saddam. He talks about Kartar Singh who can help them in their mission.

Mariam decides to bring him to Daragazi. There Simsim appears in front of Ali when he tries to steal the treasure. Ali gives befitting reply to Simsim when she talks about evil power and looks down upon poor Parbaaz people. Ali remains hopeful and says he will take away the treasure she stole from innocent people.

She asks about Talisman from him but he doesn’t give her that. She chokes him but his magic doesn’t work on her. She notices the talisman tied around his wrist.

In future episode viewers will see, Ali will ask Simsim to calm down, he will say he is giving her the gem. There Mariam will go to talk to Kartar Singh.