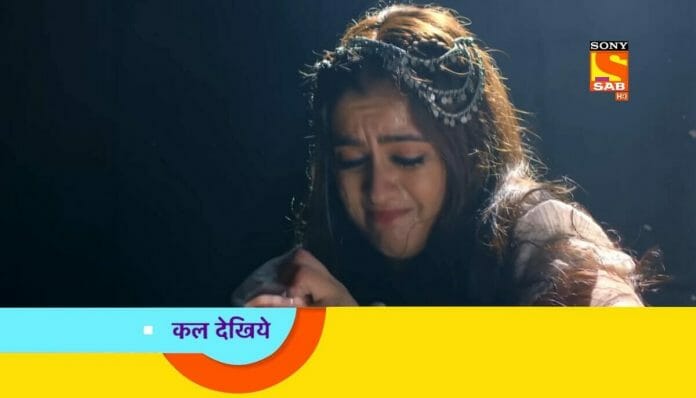 Sab TV launched a brand new show named Ali Baba-Dastaan-e-Kabul starring Sheezan Khan and Tunisha Sharma. It’s about a lovable rogue who stays in Mamuli Gully with his five orphan kids. Simsim has broke the moon apart and it caused the thieves to wake up again.

Now they are searching for the stone Talisman which will wake Iblis up. Will Ali and Mariam stop Iblis together to save Kabul from his terror? That will be interesting to watch.

In previous episode, Mariam gets caught by Khurram and she gets shocked seeing the torture of the slaves. There Ali tells Khusro that he shouldn’t have addressed Sehzaadi as thief. Ali and Khusro go to find her. Mariam pleads Khurram to leave the slaves.

She then burns her hand to remove the royal mark. Baizaad gives the news to Saddam and tells him to identify whether she is Sehzaadi or not. Saddam calls for Zumma Bazaar so that he can identify her there and handover her to Simsim. He also convinces Simsim to help him do so.

Simsim agrees and orders the thieves to go to the Bazaar. Saddam circulates a fake message that the thieves don’t attack people during daytime. So that everyone comes at Zumma Bazaar.

Mariam hears she will be taken there to be sold with the slaves. She worries that how will she hide from Saddam there. Darakaazi plans to save her from Saddam.

In future episode viewers will see, Ali will look for the royal mark on the ladies’ hands in Zumma Bazaar. There Darakaazi will search for Sehzaadi and thieves will also look for her.