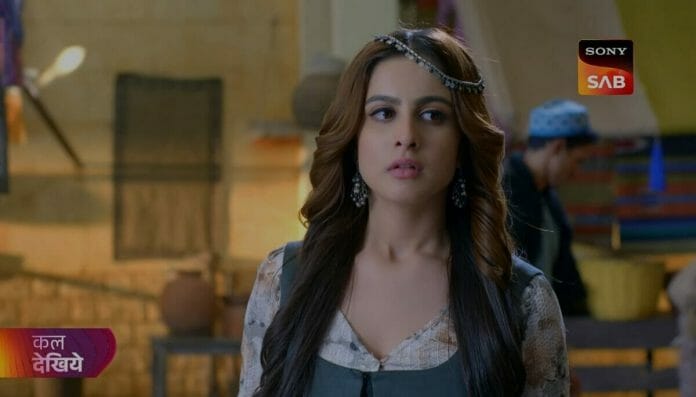 In previous episode, Mariam decides to avoid any kind of distraction to fulfil her goal. She fights with Daragazi, later she learns from a woman about gambling practice where men are indulging and wasting their money. Saddam is also appreciating it for business purpose. Mariam goes to that area to destroy the place.

Poya and Ali go to see what she is upto. Ali fools the guards with his magic when they do not let them go inside. Later they enter the place and find Mariam there. Poya learns Mariam wants to destroy the illegal activities and she needs coins to play the game.

Ali gives him coins for Mariam with his magic and Mariam invests those to start the game. Ali prays for her win. He doesn’t show up as he doesn’t want Mariam to know about his magic.

In future episode viewers will see, As per Simsim’s wish Parbaaz people will be asked to find the Talisman locket by the head. Its an order for all of them. Ali will get shocked to know that.