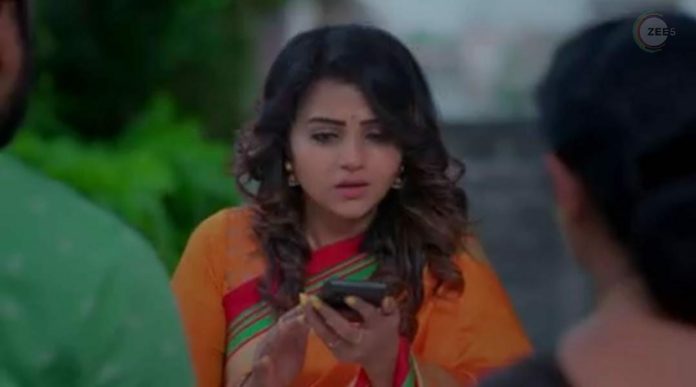 Previously it was seen that Anbu got shocked when she received a call from Baskar. Baskar said that he was alive and he pretended to die the other day. However Anbu and Shivam didn’t believe this in the beginning as they thought it could be Arasi’s trick.

But later on Anbu and Shivam got relieved that realizing that Baskar is alive so Anbu didn’t need to feel guilty anymore. Kushali overheard their conversation and told Arasi about the same.

Arasi refused to believe that Baskar is alive. Baskar phoned Anbu again. Hev threatened to kidnap the kids. Next he called Arasi and said that he was at her house and her daughter, Oviya was with him shocking Arasi.

Surya will refuse to believe her as she told him few days before that Shivam killed Baskar. Arasi will realize her mistake. She will come to Shivam and will seek his help to save Oviya from Baskar. The latter will call Arasi and will demand to give 50 lakhs to save Oviya. Arasi will agree to give him that money.

What will happen next? Will Shivam be able to save Oviya from Baskar’s clutches?